By Their Fruits You Shall Know Them 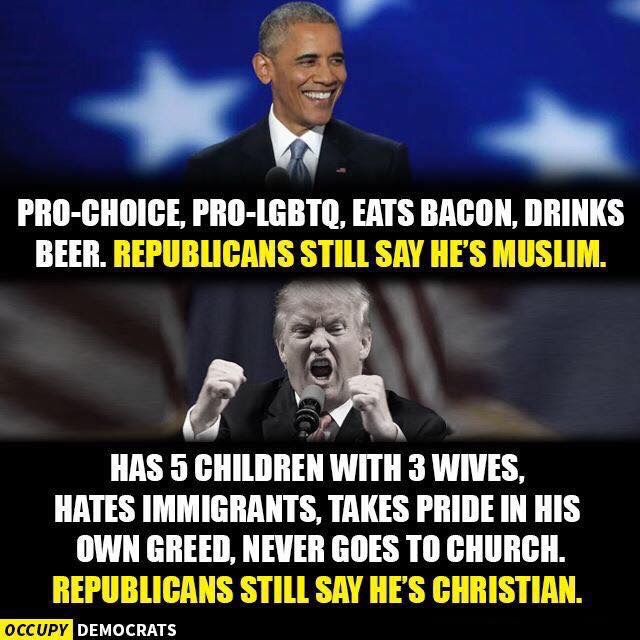 Whatever one may think of the fruits of Barack Obama as a liberal Christian, the point here is that Republicans seem unwilling to judge these two candidates according to their fruits when it comes to how they characterize their religious affiliation. If nothing else, it seems that conservative religious people are applying Jesus’ saying about knowing people by their fruits in a very selective way. Either that, or they simply have a distorted view of what the fruits of each are. The fact that conservative Evangelicals in general have criticized neither president for their role in military actions overseas ought to be more telling than anything that is listed on the meme. But violence – in movies and in real life – is one of the big blind spots in American culture, and despite the tendency of conservative Evangelicals to present themselves as countercultural, as going against the flow in following Jesus, those who view them from a standpoint outside of American culture – and sometimes even those who had the privilege of living outside of the United States for a significant amount of time – can see clearly that that is simply not the case in any meaningful sense.

On this topic, see also Justin Tse’s exploration of what Evangelical support of Trump tells us about Evangelicalism. He emphasizes that Evangelicals think that Trump should be cut some slack as a recently-converted Christian, as well as viewing the experience of believing and receiving forgiveness as more important than personal integrity. This may be correct – but there is still a difference between how those principles are applied to Trump vs. how they are applied to Obama, or to Hilary Clinton for that matter.

And so, however one approaches it, Republican conservative Christians prioritize an individual’s political affiliation more than their personal faith and their overall ethics and lifestyle.

The saying “by their fruits you shall know them” should be applied to this conservative Evangelical hypocrisy at least as much as to the politicians in the meme. 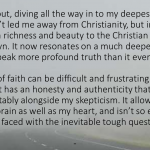 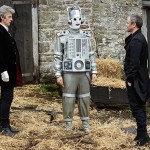