Doctor Who: The Doctor Falls 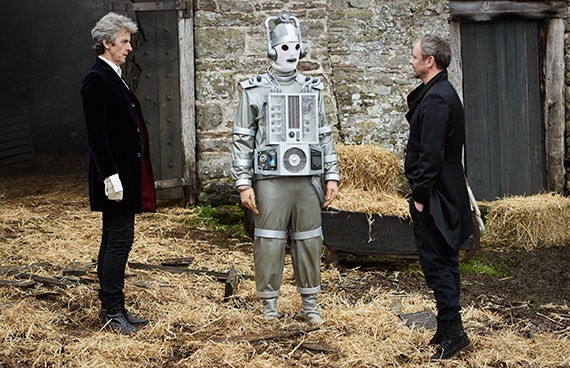 After starting with a reminder of what happened in the last episode, we are shown life in one of the giant ship’s solar farm levels, where people are trying to defend themselves against the scarecrows/cybermen. The Master and Missy ask the Doctor how many different ways he has died and whether he has any requests. They tell the Doctor that he was ten years trying to get to Bill, and he missed saving her by two hours. Now she will spend an afterlife as a cyborg zombie. The Doctor is their prisoner, but he had earlier redefined the definition of human to include people with two heartbeats, and so the cybermen come after them. Missy knocks the Master out and says she was secretly on the Doctor’s side all along. There are some great lines – such as about being “in two minds.”

There are heartbreaking scenes, recalling Oswin in the Dalek asylum, in which we see Bill coming to the realization that she is a cyberman. The Doctor tells her that her mind has managed to rebel against the programming.

The Master tries to rile Bill, but she says she is not upset, and the Master says that takes all the fun out of cruelty.

Bill and the Doctor have a discussion about whether there is hope for him to bring her back, and he says that where there are tears there is hope, referring to the fact that she shed tears despite being a cyberman.

Meanwhile the cybermen down below have had more time pass and have evolved weaponized versions of themselves. And they have no way of getting to the Doctor’s TARDIS because as they get closer to the bridge, time slows down and the cybermen would essentially have thousands of years to figure out how to stop them before they could reach it.

When the Master and Missy decide to leave, the Doctor decides to have it out with them. The Doctor says they will die too someday. He says he does what he does because it is kind – it is where he stands, and where he will fall. He asks them to stand with him.

The plan is for Nardole to evacuate children and families while the Doctor blows up the level. Meanwhile Missy stabs the Master and says it is time to stand with the Doctor – and the Master shoots Missy and says she will not be able to regenerate because he gave her the full blast. The Doctor blows up the level, and Bill finds him dead and cries. Heather finds her and transforms her into a watery existence like hers. They bring the Doctor’s body to the TARDIS and then leave together.

One of the throwbacks to the classic series is when the Doctor offers a girl a jellybaby. Another is when he says he is not a Doctor but the Doctor – “the original, you might say.” And when he says “I don’t want to go.”

He stops his regeneration and tells the TARDIS that he doesn’t want to change again. But the TARDIS has taken him to meet his first form, who responds to his statement that he is the Doctor by saying that he might be a doctor, but he is the Doctor – the original you might say.

This was a powerful way to end the season. And it mixed the “make everything right in the end” tendency of Doctor Who with a genuine darkness woven throughout. It is characterized by the focus on emotion and ethics rather than logic that has been the show’s approach for many seasons now. I can’t wait to see what they do in the Christmas special, and whether I was right about any of the details beyond the appearance of the First Doctor in the story. 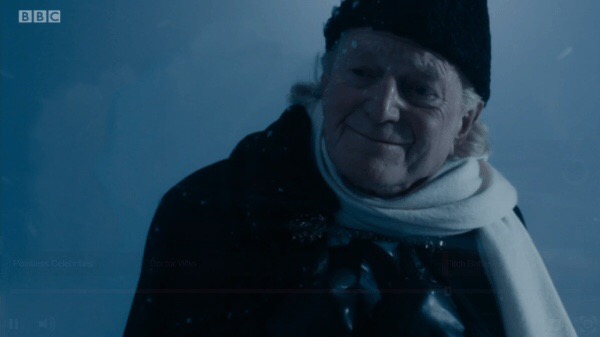 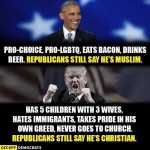 July 1, 2017
By Their Fruits You Shall Know Them
Next Post 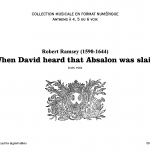 July 2, 2017 When David Heard
Recent Comments
0 | Leave a Comment
Browse Our Archives
get the latest from
Religion Prof: The Blog of James F. McGrath
Sign up for our newsletter
POPULAR AT PATHEOS Progressive Christian
1