Politicians have been taking aim at immigration and immigrants, and the poem that was added to the base of the Statue of Liberty early in the 20th century has been targeted as well. That poem was written not only to mark the occasion of the setting up of the statue that France gave to the United States, but to raise money for the pedestal that it would sit atop. And so the fact that it was later added to that pedestal is incredibly appropriate. So too is the use of that poem today to defend keeping the United States immigration policy as one that welcomes many, and in particular refugees. For those who mau not have seen the new legislation that aims to reduce the country’s intake of immigrants still further. It is known as the Reforming American Immigration for a Strong Economy (RAISE) Act.

The author of that poem, Emma Lazarus, was outspoken against antisemitism, and sought to raise awareness of the attacks on the Jewish people that were taking place in Eastern Europe, so that her fellow citizens would welcome refugees from Russia and elsewhere.

I was only recently reminded of the rest of Emma Lazarus’ poem “The New Colossus,” only part of which is usually quoted and universally known. And so here is the whole thing, which contrasts Lady Liberty with the famous giant statue from the ancient world.

The New Colossus, by Emma Lazarus

The next time a conservative mentions “Judeo-Christian values,” it might be appropriate to ask whether they respect those such values that are found engraved on the base of the Statue of Liberty… 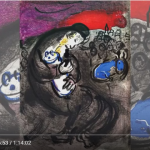 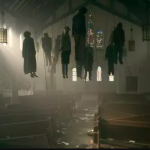 August 4, 2017 Conservative Knee-Jerk Reactions to The Handmaid's Tale
Recent Comments
5 Comments | Leave a Comment
Browse Our Archives
get the latest from
Religion Prof: The Blog of James F. McGrath
Sign up for our newsletter
POPULAR AT PATHEOS Progressive Christian
1