Mike Bird complained not long ago about the television series The Handmaid’s Tale – my hunch is without having seen it, since he got the name wrong. But he is clearly influenced by a growing tendency in conservative Christian circles for people to talk about the show as an “attack on Christianity.”

Anyone who says that clearly has not seen episode 7.

I am still getting caught up on watching my way through the first season. But there are clear elements of Christian heroism in the face of the fundamentalist sectarian revolution that creates the new country of Gilead and sends many Americans fleeing to places such as what becomes “Little America” in Canada.

We encounter a Catholic nun named Christine, played by Kim Roberts. She is traveling with a variety of other people who are on the run from the authorities. We had already learned that the troops of Gilead had destroyed cathedrals, and so presumably Catholics and Episcopalians were sought out. The shot we see of a damaged statue of an angel slightly later in the episode suggests that a radical Protestant opposition to statues and images is part of the fundamentalists’ worldview. Christine helps rescue Luke, and prays that the Lord will guide his steps and reunite him with his family.

More graphic is the moment we are taken inside a church where some people tried to defend the fertile women that were being rounded up for enslavement as handmaids. They were killed and strung up. But, as has often happened in the world, it was the church that was standing between the oppressor and the oppressed, even as another sort of church was not merely standing on the side of the oppressor, but was itself the oppressor.

There’s also mention of a safe house run by Quakers in episode 8. And we also see in that episode the extent to which this revolution is not in any straightforward sense simply about “Christianity” or even Christian fundamentalism. It is about the resource of fertility, men seizing and holding on to power, and much else, with religion often the means to accomplish an end rather than the primary motivator.

And so don’t let anyone tell you that The Handmaid’s Tale is an attack on Christianity. It is a protest against fundamentalism, Christian or otherwise. And if conservatives feel attacked by it, then perhaps they are individuals who are standing closer to the Sons of Jacob and Gilead than to Christine. Or perhaps they are disconcerted because they simply aren’t taking a stand at all. But if it is possible to overstate the relevance of the show, its contemporary relevance is clear. In episode 7, Luke takes shelter for a while in an abandoned cafe, which has been shot up and smashed. It has the words “GOD HATES FAGS” spraypainted on the front. And that is not some hypothetical slogan from an implausible imagined dystopian future. It is a slogan that exists in our time, and it is one that it is not impossible to imagine significant numbers rallying around.

Because that is the real message of The Handmaid’s Tale. You don’t have to represent the majority viewpoint in order to cause untold harm to people and society. You just need enough influence and power that you can take control, and have some side with you because of your power, and others remain silent in fear of it.

We have seen that enough times in history that there is nothing whatsoever that is implausible about it. 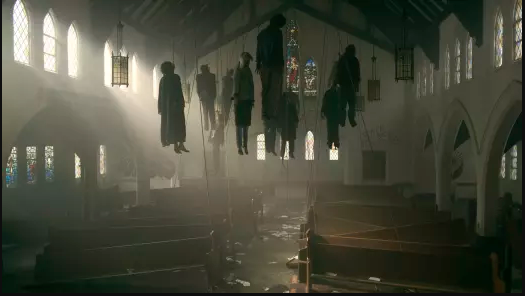 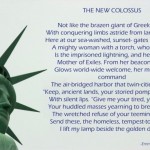 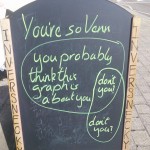 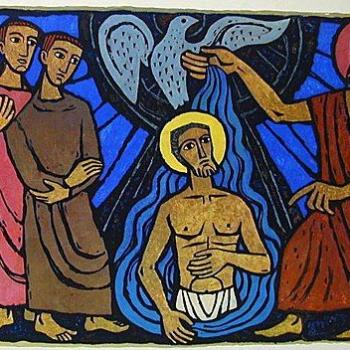