Who is Jesus? The New Testament Answers as Blog Post and Movies

I am really struck by the Lumo Project’s work to make movie versions of the four Gospels in the New Testament, using only the text as the script (even if obviously there are questions in the gaps in the text that they need to answer, as indicated in the video below).

The actor who plays Jesus in these movies, Selva Rasalingam, is British but of Tamil extraction, and was chosen precisely because he vaguely fit the image of a random first century Palestinian Jewish man that was circulated as “the face of Jesus” some years ago. (Yes, being a British actor, he has also been on Doctor Who.) That image is also featured in the recent blog post by Andrew Perriman which highlights the consistent portrayal of Jesus as a human being rather than God throughout the New Testament. Here are just a few of the many things that Andrew highlights:

Satan’s offer of the kingdoms of the world to Jesus suggests that the authority to rule over the nations has to be given to Jesus, either by Satan or by God…The centurion in Capernaum seems to think that both he and Jesus are “under authority” (Matt. 8:9; Lk. 7:8)…After the healing of the paralytic, the crowds glorify God, “who had given such authority to men” (Matt. 9:8)…Jesus expressly denies that he is speaking on his own authority. “The one who speaks on his own authority seeks his own glory; but the one who seeks the glory of him who sent him is true” (Jn. 7:17-18; cf. 12:49; 14:10). He does nothing on his own authority but speaks as the Father taught him (Jn. 8:28)…The “name which is above every name” (in my view “Lord”, but this is debatable) is “graciously bestowed” (echarisato) on Jesus, in order that he might be confessed as Lord by the nations of the ancient pagan world (Phil. 2:9-11).

Returning to the movie, I also like that they used Aramaic that is barely audible and overdubbed in English (and other languages), thus emphasizing that one is hearing a translation and not “the original.” The work on the CGI imagery for Jerusalem is also interesting:

You can watch the Gospel of John movie through Amazon’s streaming service, but all of them are available in DVD format through Amazon. 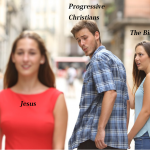 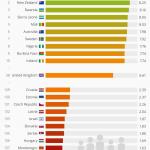