The Butler Seminar on Religion and Global Affairs this year is focusing on “Religion, Refugees, and Migration.” It will feature four public lectures on September 19, October 17, January 23, and February 27. Each takes place from 7:00–9:00 pm at the Schrott Center for the Arts on the campus of Butler University, 4600 Sunset Avenue.

The flooding in Texas provides for an interesting starting point for conversations about this. If someone needed to flee for their life from flooding in Texas towards and over the border with Mexico, should they have a wall in their way? Do we view those displaced by flooding in Houston and other places in the United States differently than we do people displaced in other parts of the world, and if so, why?

Below is a round up of some of the things that have been said around the blogosphere and elsewhere in connection with this topic. Let me start with a video of Miguel De La Torre speaking about his book, The U. S. Immigration Crisis, since De La Torre will be one of the speakers in the series.

There is also a podcast which he recorded.

Elsewhere on the web, I came across a video showing the movements of every refugee on Earth this century.

Gallup released the results of a poll indicating which countries are most and least open to migrants.

The way immigration to the United States has evolved over the decades is the focus of this video:

Vox shared some wonderful charts and graphs about refugees in and leading up to the present day.

Here’s a video from the United Nations on the subject:

Commonweal shared artistic photographs related to the southern border of the United States.

There will be a session related to this topic at AAR:

Forcibly Displaced Syrians and Iraqis – What to Know about the Crisis and What a Religion Scholar Can Do
Monday, November 20, 9:00–11:30 a.m.

The current situation involving forcibly displaced persons constitutes the largest humanitarian crisis since World War II. A portion of the plenary will include livestream conversation with Syrian refugees and/or displaced Iraqis from a studio in a displaced person camp in Iraq (or another location abroad).  The conversation will provide attendees the opportunity to listen directly to the thoughts and concerns of displaced persons and refugees, with the aim of helping us respond more effectively to the crisis. Panelists include Amir Hussain, Mark Juergensmeyer, Diane L. Moore, Alice Su, and Sarah Tobin. Learn more.

And here’s a call for papers on this subject: 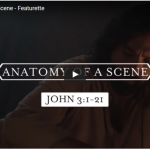 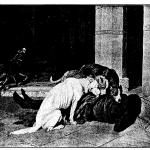