I have been meaning to blog about Lucian of Samosata since Lorraine Boissoneault wrote an article about him for Smithsonian magazine towards the end of last year. It discusses the question of whether Lucian’s work fits the genre of science fiction, discussing other contenders for the “first work of science fiction” such as the Epic of Gilgamesh, Johannes Kepler’s novel Somnium, and Mary Shelley’s Frankenstein.

There is also a very good article about Lucian in ARAMCO World. It highlights his identity as a native speaker of Syriac, explores the characteristics of his writing more generally, and also gives some attention to his story “The Sorcerer’s Apprentice” which is familiar to many from the adaptation of it in Walt Disney’s Fantasia. But it also includes a treatment of his invention of the fictional space ship, war in space, inhabitants of the moon, and the “superman,” to name just a few elements that most people today associate with science fiction, but without crediting Lucian.

Both of the articles above suggest that there is at the very least a direct connection between Lucian and science fiction, not only because of the themes, motifs, and plot elements shared between them. Lucian’s writings themselves had in some cases a direct, but in every instance at least an indirect, influence and impact on the authors who developed the modern genre of science fiction. And so if he is not the father of sci-fi, he is at the very least its grandfather or great-grandfather.

What do you think? Should a class on science fiction start with Lucian, or skip directly to something more recent? 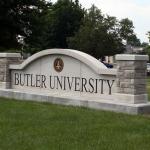 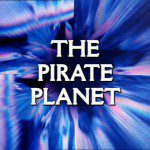 September 13, 2017 Doctor Who: The Pirate Planet
Recent Comments
1 Comment | Leave a Comment
"Your question got me thinking. the "upper class" being the elite tend to abuse power. ..."
Michael The Social Status of Jesus
"Hi Sandy,The question of the soul is a fascinating one and is not one on ..."
Sean J Bauman Calling Trump an Antichrist
"Would you agree there is a sort of romanticizing of the lower class and demonizing ..."
John MacDonald The Social Status of Jesus
""If Hitler was the antichrist is wouldn't make Stalin a political figure worth supporting."Better tell ..."
Kenneth James Abbott Calling Trump an Antichrist
Browse Our Archives
Follow Us!