Confucius, Socrates, and Isaac Asimov Walk Into A Bar… 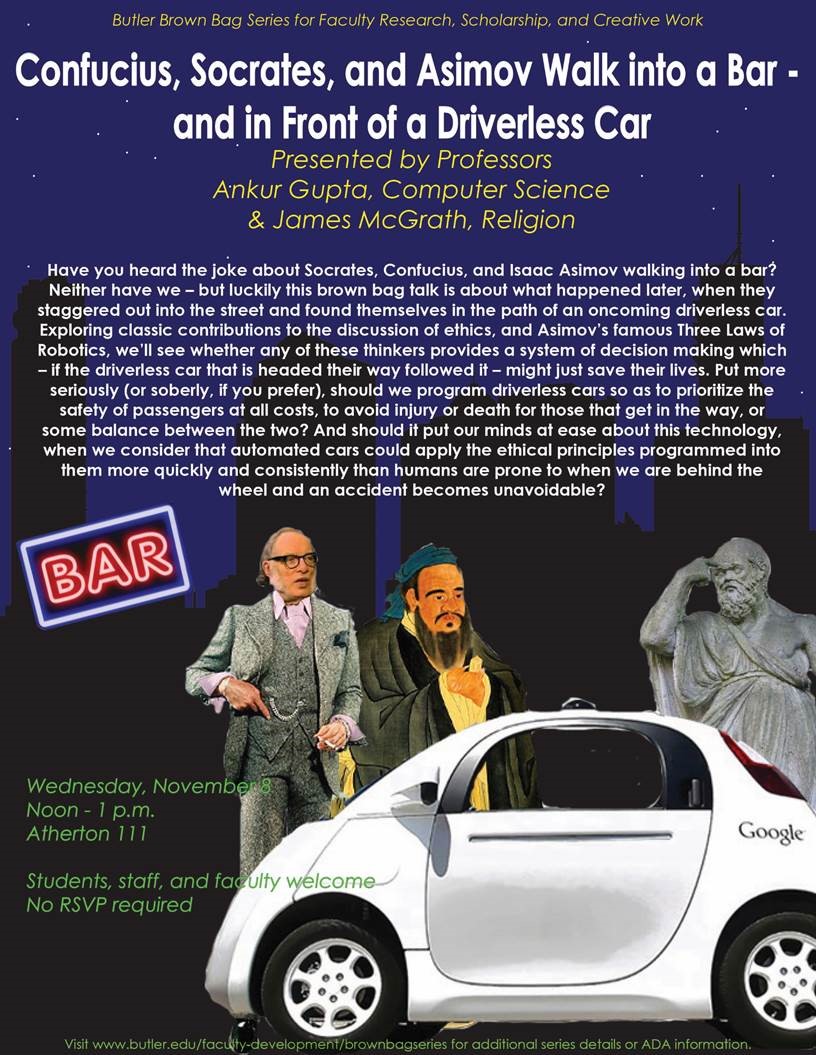 I am so delighted with the poster that my talented colleague Rebecca DeGrazia created for an upcoming brown bag talk that I will be giving at Butler University together with my colleague from computer science, Ankur Gupta. We’ve begun working together on a project related to “artificial wisdom,” and this talk will represent our first public foray into one aspect of that larger project. Here’s the blurb:

It is a well-worn setting for a joke to have three famous individuals or categories of individuals walk into a bar. But Brown Bag talks can also start this way, and in this case the three protagonists are Confucius, Socrates, and Isaac Asimov. The intention in sending them to a drinking establishment together is not entertainment, but a very serious ethical matter about technology that is in the news all the time. It is necessary, however, as a prelude to this discussion of driverless cars and ethics, that we get our three famous thinkers as drunk as we can. After we have accomplished that aim, they will inevitably stagger out of the bar (despite protestations from the robot bartender) and into the street – where they find themselves in the path of a driverless car. The main focus of this talk will be to explore the more sober thoughts attributed to these individuals, and to apply them to the question of how we might best program driverless cars so as to cope effectively with scenarios like this, in which the safety of passenger(s) could be prioritized at all costs, or avoidance of injury or death to those that get in the way could be the priority, or some balance could be struck between the two. The potential ability for an automated car to apply the ethical principles programmed into it consistently and speedily when an accident becomes imminent may make the use of driverless cars fundamentally superior, with respect to ethical reasoning, than leaving driving in the hands of humans.

There is more information about this year’s Brown Bag series on the Butler University website. This is a first run-through of a topic that I’ll be presenting on at the Popular Culture Association conference in Indianapolis in 2018.

Of related interest, let me share a video Ankur Gupta made about his research, funded by the Templeton Foundation, which led to our present project:

See also recent articles about driverless cars from the BBC and New Scientist, as well as others about accountable algorithms and related topics. 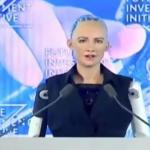