I discovered Paul Stanhope’s music through the Naxos Music Database, which introduced me to his wonderful Concerto for Piccolo and Orchestra. I will include that later in the post. But branching out from there, I discovered other music which intersects with my interests related to the Bible (and of course, the Bible and music). One is “Nephesh,” which is the Hebrew word for “soul” or “self.” Stanhope writes about the piece:

Nephesh – written for eight or nine string instruments – explores notions of duality, seen most obviously in the splitting of the ensemble into two traditional string quartets in mirror form with the bass acting as a lynchpin. The piece is also split into two movements, outlining a classic Cartesian dualism suggesting soul and body, entitled here “Prayer” and “Dance”.
I imagined this Prayer as a physical act, full of sobbing laments, pleas and cries of exaltation. The material for the opening utterances of the piece is derived from Sephardic Chant: that is Jewish liturgical music from a Babylonian tradition. This ancient, beautiful song is heard first in a cello solo with echoes from the violas. A series of rhapsodic interludes are constructed between utterances of the chant. At times soft and sombre, the music builds into an expressive, song-like peak before dissolving once more into more gentle chanting phrases…

The title “Nephesh” is an ancient Hebrew liturgical word used to denote not only the soul, but also the whole of the self, including the body. Much older than the duality expressed by Rene Descartes, this concept unifies ideas of body and soul as a single entity.

His Piccolo Concerto includes a movement called “Wheels within Wheels” which alludes to the opening chapter of the Book of Ezekiel.

The first movement of the same piece is called “Hymn”:

You can find more on Stanhope’s Soundcloud page, including excerpts from other works with biblical connections such as “The Heavens Declare”: 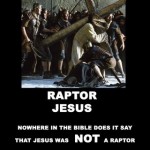 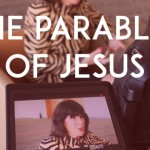 October 22, 2017 Amy-Jill Levine on the Parables of Jesus
Recent Comments
0 | Leave a Comment
"As far as I can see, Albert Schweitzer still has the last word on this ..."
Daniel Liechty Historical Jesus Comparisons
"I still await anyone presenting actual tangible authentic and original first century originated evidence of ..."
rationalobservations? Historical Jesus Comparisons
"Paul tended to make stuff up to boost his claims against the "Super Apostles" (The ..."
Bones “To Your Tents, O Israel!” A ..."
"No, John is an anti-Jewish polemic.It's clearly a theological condemnation of Jews who live in ..."
Bones “To Your Tents, O Israel!” A ..."
Browse Our Archives
get the latest from
Religion Prof: The Blog of James F. McGrath
Sign up for our newsletter
POPULAR AT PATHEOS Progressive Christian
1