Can an AI Write a Better Bible?

The author of a recent article was much more impressed than I was with an AI’s vaguely biblesque-sounding blather. Here is one example of what the AI mentioned in the article came up with:

And let thy companies deliver thee; but will with mine own arm save them: even unto this land, from the kingdom of heaven.

It will take much more than that to create a new religion, never mind become its God.

But ultimately, even if an AI can produce scriptures that will impress even someone who knows human scriptures well, is that the crux of the matter? Machines can already analyze hit songs and imitate them to produce their own. But as of yet, they cannot appreciate music, whether created by humans or AIs.

And so perhaps the most exciting time will not be when a machine can create a religion, but when it can be moved by one.

You can read more of the KJV-imitating AI’s output here: http://god.iv.ai

See also Lindsay McKenzie’s Inside Higher Ed article about the android Bina48 successfully completing a university course about the philosophy of love. This is a major first in the realm of AI – and of higher education! Course instructor William Barry said that, while he doesn’t expect robots to ever replace professors, he is still interested in the possibility that they could teach a class – perhaps his class on robot ethics would be an appropriate choice?

Of related interest, an AI may not be better than humans at creating scripture, but it seems that an AI can make a better AI than humans can. Which is more worrying?

I have yet to see the Blade Runner sequel, and just recently finished watching Westworld, and so you can expect more on these and related topics in the not-too-distant future.

Also related to artificial intelligence in recent news are the following:

An AI god will emerge by 2042 and write its own bible. Will you worship it? 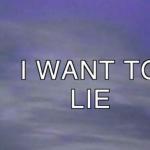