Bob MacDonald’s Song in the Night

I thought for sure that I had blogged at some point about Bob MacDonald’s book The Song in the Night, but apparently not, and I am now rather embarrassed by that fact. His work has made an important contribution to my course on the Bible and music in general, and my understanding of the Psalms and the music behind and in the Bible in particular. What Bob did in the book (and continues to do on his blog) is to utilize computer technology to apply the work of Suzanne Haïk-Vantoura on the te’amim – those markings in the Hebrew Masoretic text that are not vowels – to interpret them as a form of musical notation across much more of the Bible than Haik-Vantoura herself did, as well as focusing in on the meaning added to the text through the musical elements that are added. In so doing, Bob carries forward Haik-Vantoura’s own research aims to a fuller extent.

I provided a blurb for the book, which you can obviously read on the back cover, but as I was looking for my apparently non-existent blog post about the book, I found the place on Bob’s LinkedIn page where he mentions that blurb, and responds to it as follows:

Professor James McGrath writes concerning the book: “something MacDonald does … is, to my knowledge, unprecedented. By recognizing that these are performance markings, we can tell that certain passages in the Hebrew Bible were performed in the same way, using comparable melodic lines. And so we have here very old evidence of how cantors viewed texts as related to one another, and depicted that relationship through the very act of melodic recitation.”

Professor McGrath has identified a key stimulus for the book: the author wanted to recognize the nature of the text as a song for us so we can learn to ask it the right questions. The music gives a dramatic new feel to familiar stories, instruction, and poetry from the Old Testament.

It is always engaging to have back-and-forth with an author over an extended period, as we respond to them, they in turn respond to that response, and so on. Hopefully this blog post may start that conversation up again!

I also found my way back to an older blog post of Bob’s, engaging with the criticism that Haik-Vantoura must be wrong, because her work is based on Western musical scales and traditions. I think that one can hear even in some Sephardic, and in particular Moroccan and Yemeni, Jewish chanting some hints at the direction in which we might need to move if we accept the overall force of that critique. Yet on the other hand, I think we can hear behind such chanting hints of what the melodies Haïk-Vantoura has identified might sound like if actualized within a Middle Eastern musical context. There may be room for improvement, but it would be a matter of the work of Haïk-Vantoura and MacDonald needing adjustment rather that being simply “wrong.” I would be very interested in working with musicians in the Middle East (and/or musicologically-oriented colleagues at my own university and/or elsewhere) to pursue a project about this! Here is a recent rendition, using modern Middle Eastern instruments:

There are many more resources online related to the work of Suzanne Haik-Vantoura, beyond what is on YouTube and Bob’s blog and his Academia.edu page. See in particular David Mitchell’s JSOT article and transcription of Psalm 114 (both on his Academia.edu page) in For me, the similarity between her reconstruction of Psalm 114, and the traditions about how to chant that Psalm not only in Sephardic and Ashkenazi Judaism but also Gregorian Chant (the Tonus Peregrinus) surely means that she is, at the very least, on the right track! See more on Bob’s blog for his interaction with both Haik-Vantoura and Mitchell. 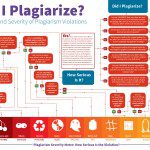 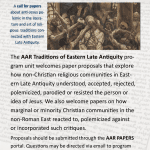 February 5, 2018 #CFP Hatin’ on Jesus at #AARSBL18
Recent Comments
3 Comments | Leave a Comment
Browse Our Archives
get the latest updates from
Religion Prof: The Blog of James F. McGrath
and the Patheos
Progressive Christian
Channel
POPULAR AT PATHEOS Progressive Christian
1