A while back I had someone appeal to the text in Revelation about being lukewarm as part of their attempt to bolster a false antithesis.

What I should have pointed out in response (but alas failed to at the time) is that there are more than two ways to understand that famous text.

And so, whatever you think that text means (and it isn’t as obvious as some think that it means that it is better to be avidly for or against something than non-committal), it is ironic to appeal to it in support of a false antithesis. In the very language of the text, there are at least three ways that one might be, namely hot, cold, and lukewarm!

In my Sunday school class yesterday, I tried to present a range of options about the topics that we had chosen to explore: free will, predestination, prayer, among other related matters. I tried deliberately to highlight the implications of certain options, but also to note more than one alternative to that viewpoint and its implications.

For instance, if one views God as personal, and if one believes in an afterlife in which all humans who ever lived will participate eternally, and if one does not think that all people will be saved, then there appear to be two options: either God wills for some people to be eternally damned, or some human beings can through their free will forever thwart God’s desires.

There’s an antithesis there, two options to choose from. But it is prefaced by a lot of very big ifs.

And that, I think, is what lies at the heart of false antitheses: a failure to recognize or acknowledge that just because you are not willing to consider other possibilities, or you exclude them a priori, or you simply fail to imagine alternatives, doesn’t mean that other options do not exist. The excluded middle is there, even if you pretend otherwise.

I hope the history books take note of this. When Donald Trump was president, white evangelical Christians, in overwhelming numbers, stood by his side no matter what.

The rest of us were calling out Trump’s racism, sexism, cruelty, ignorance, boorishness, and constant lies… but not those white evangelicals. Nothing in their precious holy book stopped them from cozying up to a man like Trump.

If that’s not a condemnation of the Bible and everything in it, I don’t know what is.

On the one hand, the Bible is chock full of things that ought to stop people from cozying up to someone like Trump. On the other hand, it only seems to make sense to accuse an ancient compilation of even more ancient human writings for not stopping people from supporting Trump if one embraces the view that this compilation and the works within it ought to have supernatural abilities. And that assumption is open to question, and so one could potentially appreciate this literature for what it is and still be dismayed at Evangelical support for Trump – if only one can find a way to avoid false antitheses.

For those who read the Bible and grant it some authority, there does appear to be a text in Revelation that might speak to this issue…depending how one interprets it… 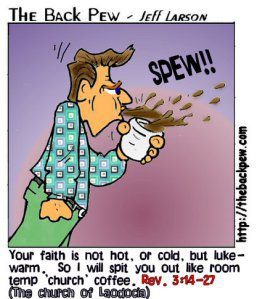 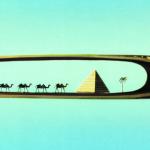 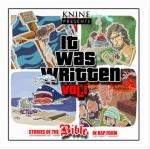