The season one finale of Star Trek: Discovery brought the major arcs of the season to a satisfying conclusion, while also leaving us eager to see what happens next. Spoilers ahead!

Early in the episode, we see that Michael Burnham is not simply going to go along with Captain Georgiou from the Terran Empire, who says that her information is giving the Federation a fighting chance, and asks whether Michael is with her or against her. Michael says she is with her – but we see during the episode that Michael has learned from her earlier willingness to compromise her values and those of Starfleet. Ironically, in both instances she finds herself standing against her appointed captain, who is in both cases a Philippa Georgiou.

Dining on one’s enemies also features prominently in the series. L’Rell says that her lord T’Kuvma feasted on Philippa Georgiou, and so she cannot understand how Georgiou can be standing there alive before her. The notion of feasting on the flesh of the vanquished even comes up in the Bible – for instance in the “Marriage supper of the Lamb” in the Book of Revelation, at which the flesh of kings is served. In that scene, Georgiou beats L’Rell bloody, asking where her party should land. Michael says there’s another way, which turns out to be the knowledge that Tyler has thanks to Voq’s memories, which he can access. Georgiou calls Tyler/Voq a who-knows-what. But he knows of the geography of Kronos, and  in talking about this he recounts its intersection with religious history and events, including temples which were abandoned when Kahless defeated the one who was previously the focus of activity in them. But it turns out that old religions persist even when declared dead.

Tyler’s perspective and character is so very fascinating. He says that a human speaking Klingon is amazing to Klingons – like a dog on water skis. Tyler further opines that he can literally see both sides, and says in that context that he chooses to stand with Michael, a standpoint from which one can view an enemy with sympathy.

As the characters spend time on Kronos and encounter Klingons and Orions, we learn that the plan is to detonate a hydrobomb in an active volcano on Kronos, the result of which, we are told, would be “apocalyptic.” That was Georgious’s plan all along – perhaps not fully genocide, but close enough to it that it is not a route that Michael Burnham feels that she – or Starfleet – can go. When the admiral suggests that they do not have the luxury of such principles in that historical moment, Michael says that, on the contrary, that is all they have.

When Michael catches up with her, Georgiou emphasizes that she is nothing like Michael’s Georgiou, never was. There are no second chances. But it seems that, even though Michael says something to the same effect, there are at the very least opportunities for decisive moral action and for redemption. Michael has brought L’Rell there, to offer her a chance to save her planet and lead the Klingons in a different direction. Tyler chooses to go with L’Rell, hoping to do good for both sides. He tells Michael that her capacity for love literally saved his life. They hug, and kiss. On the one hand, we might ask whether his leaving of the rope that he tied and spoke about earlier in the episode, as something he did to remind himself of his human childhood and identity, means that he is leaving those things behind. On the other hand, in the very act of embracing the Klingon within him in order to influence the Klingons in a different direction, we see a commitment to Starfleet’s (and thus Tyler’s) values.

Towards the end of the episode, there are significant moments in which Michael speaks with her adoptive human mother about embracing her humanity, and also in which Sarek tells Michael that she has had her record expunged by the Federation, she is reinstated as commander Burnham.

In a speech to Starfleet leadership, Michael says that there are no shortcuts on the path to righteousness. Tilly is accepted to command training and Saru becomes the first Kelpian to be honored as he is.

At the very end, a priority one distress call reaches the Discovery as they are in warp towards Vulcan. It is from Captain Pike on the U.S.S. Enterprise. The credits for the episode then follow, accompanied by the end credits music from the Original Series, and that was really rather powerful. It may just be the fact that I watched the episode after coming home from a concert in which John Williams conducted his own music from Star Wars, Jaws, ET, Hook, BFG, Harry Potter, and more, but the musical meaning of this finale carried significant weight with me. 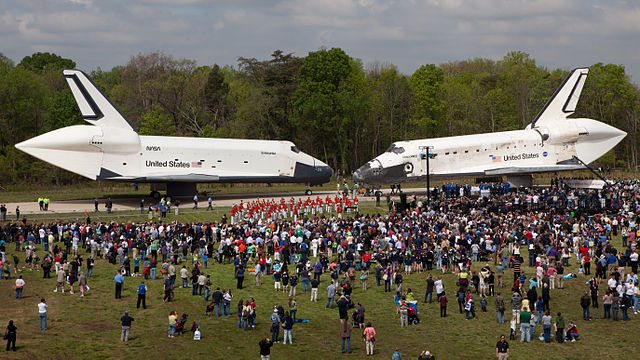 What did you think of the season finale of Star Trek: Discovery, “Will You Take My Hand,” and the season’s story arc as a whole? 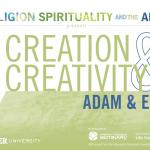 February 12, 2018
Religion, Spirituality, and the Arts Exhibit
Next Post 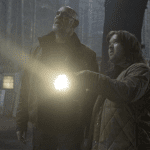