I am hoping sometime soon to turn my attention to writing a book offering a positive vision of progressive/liberal Christianity, which often gets defined negatively over against fundamentalist and conservative varieties. One question is the very name, since I’m not convinced that “progressive Christianity” is the best label, or one that resonates well with people and encapsulates their own vision for themselves and their spiritual lives.

The last time I blogged about this, someone made the interesting suggestion that it could be called “critical Christianity.” For a number of reasons I like that suggestion, although I fear that it would sound like it is something negative, even though it need not be understood that way. “Critical” can mean both criticizing and critiquing, and analyzing carefully. There is something appropriate about including this word in the description of that approach to Christianity that embraces historical and literary criticism of the Bible. Plus, if we start a movement with this title, the liturgy or order of service followed at “Critical Christian Churches” could be called “Critical Mass”!

I wrote something about the approach to knowledge sometimes referred to as “critical realism” in a comment on my blog post “Certainty is a Myth,” and I think that “critical Christianity” could be characterized by that effort to find a middle ground between modernist empiricism and absolutism, and postmodern relativism and confusion (both of which are extremes that most in either category at least try to avoid, but critical realism is nonetheless about finding a place between the two, where one quests for truth while recognizing the limits of one’s own perception and perspective). Here’s what I wrote in that comment:

Humility should not lead to despair any more than the quest for knowledge should lead to dogmatic overconfidence. In between there is a space in which we can both seek to understand as much as we can, while recognizing that we can never know it all and will inevitably be wrong about things. It is like the quest for ethical perfection – it should neither lead us to pretend that we have attained it, nor to abandon the effort because of our inevitable failures and shortcomings.

On a related theme, David Congdon gave a sermon on Thomas, in which he said:

[W]e need more Thomases—not Thomases with a limited imagination for where Jesus is present, but Thomases who will demand proof that a community of faith is truly the living body of Christ. Thomases who will hold communities accountable to the Acts 4 vision of the church. Thomases who will refuse to believe until they see the marks of Jesus in the hands and sides of the people called to be bearers of the gospel.

Vance Morgan wrote the following in a post about being a liberal Christian:

Liberal persons of faith tend not to carry their faith on their sleeves, not because they are ashamed of their faith, but because their faith is not a list of dogmas, a collection of rules, or a checklist of required beliefs. A liberal Christian’s faith is on display in the life that she or he lives, the sort of evidence that is more convincing, but also more difficult to describe easily, than what one might hear on a stump speech or read in a policy platform.

There have been a number of articles in recent weeks about the strong intellectual heritage of progressive/liberal/mainline Christianity, which seemed for a very long time to have waned. Thus Jay Parini wrote for Salon asking what happened to this tradition. Martin Luther King is one famous representative from the past. Some have suggested that the rise of Donald Trump will evoke a resurgence or re-invigoration of this tradition.

Richard Beck has a very interesting series on the tendency towards decreased community among progressive Christians. Scot McKnight blogged about mainline shrinkage.

Roger Olson views progressive Christianity as merely the same as liberal Christianity, and doesn’t like it. See also Michael Kruger’s attempts to perpetuate half truths and stereotypes about liberals, in a blog series that rather ironically starts off by warning that half truths are lies.

There are some other related links below. But what do you think in relation to the question that started this post? Is “Critical Christianity” an appealing title? Is “Progressive Christianity” here to stay? Any other suggestions?

This Progressive Christian Doesn’t Want “Trump Evangelicals” Speaking for Him

Nobody is laughing at the Religious Left in 2017

Christians As Truth Seekers and Agnostics

Closer Than You Think (The Trouble With Deconstruction)

Is Quakerism Becoming a Christianity Without Christ?

The Transitory Nature of Beliefs, Part I

Let me end with this meme from Christianity Now: 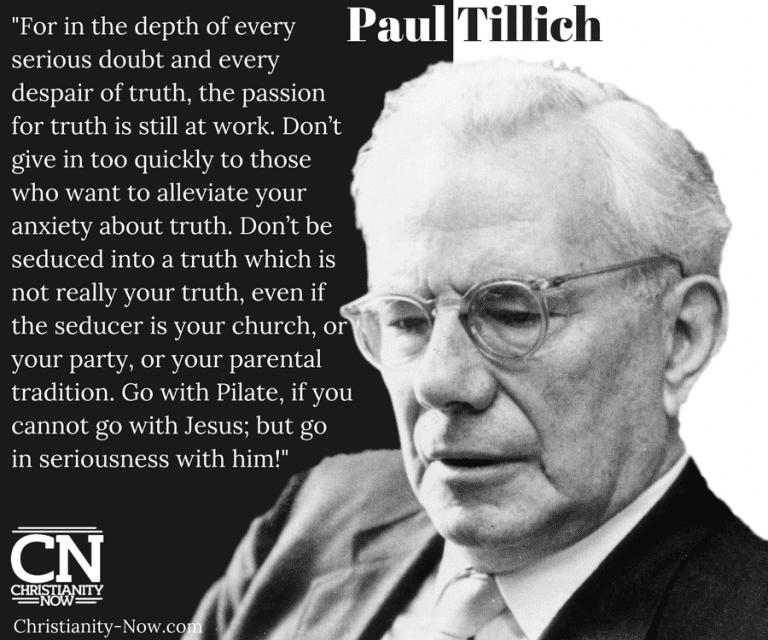 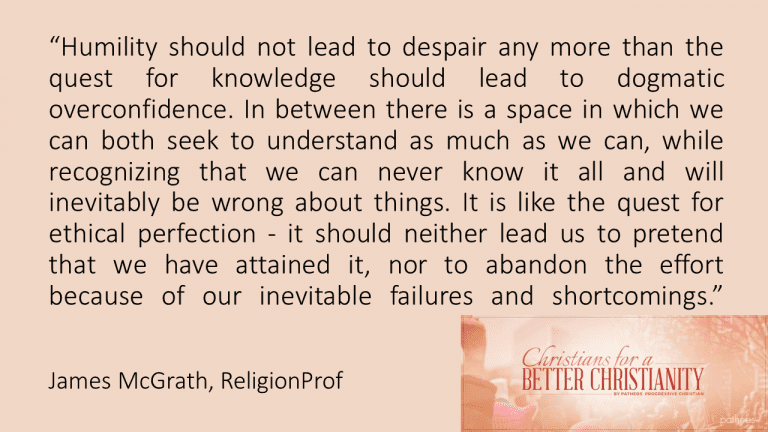 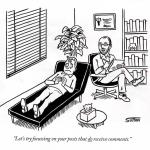 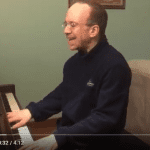 April 25, 2018 If I Don't Have Love (1 Corinthians 13 as Song)
Recent Comments
99 Comments | Leave a Comment
Browse Our Archives
get the latest from
Religion Prof: The Blog of James F. McGrath
Sign up for our newsletter
POPULAR AT PATHEOS Progressive Christian
1

The Rich Man and Lazarus
The Parable of the Rich man and Lazarus is a go-to passage...
view all Progressive Christian blogs
What Are Your Thoughts?leave a comment
Copyright 2008-2021, Patheos. All rights reserved.
error: Content is protected !!