I am long overdue to blog about Daniel Smith’s book Revisiting the Empty Tomb. The delay is largely due to the fact that it seemed as though I ought to blog about it sometime around Easter, and each year since 2010 when the book came out, I missed the window of opportunity – and then unwisely postponed the undertaking, thinking that I would do better the following year.

Smith’s book explores the possibility that there are two separate strands of tradition in the New Testament which relate to Jesus’ post-mortem vindication by God, which become intertwined fairly rapidly, but which nonetheless are distinguishable, and indeed, more importantly, if we recognize the existence of those two strands and the tensions between them, it helps us to understand the dynamics that drove the crafting of the Easter stories that we find in the New Testament and elsewhere in early Christian literature.

Two threads that are sometimes distinguished are the assumption tradition – Jesus is taken from the tomb to heaven – and the empty tomb tradition that has Jesus emerge in bodily form on Earth. Smith configures things in a related yet slightly different way, as the two separate traditions that he detects are one focused on Jesus’ disappearance and another focused on his appearance. Some examples may come immediately to mind for those familiar with the New Testament material – Paul shows no interest in an empty tomb but focuses on Jesus’ exaltation (even while introducing in a powerful way an eschatological interpretation of what happened to Jesus as the start of the general resurrection from the dead) and appearances of the exalted one which are never said to have anything to do with a physical presence. Luke’s Gospel, on the other hand, deliberately has Jesus remain on Earth bodily and only later depart to the sky. Because there was an existing Greco-Roman tradition about people being snatched away from the tomb and taken to the dwelling place of the gods, and even appearing from there, it is very easy for a modern reader to fail to notice the distinctions between these two traditions. But, like uneven kerning in typography, once pointed out to you, you will probably begin to notice it everywhere you look!

Smith mentions the work of Byron McCane arguing that Jesus was dishonorably buried, which has also influenced my own view of that matter. Other particularly noteworthy elements include his work on Q, in which he detects the assumption-return strand, and writes, “Q seems to know and approve of the idea of resurrection, but only as a corporate event in the eschatological future and not as a mode of Jesus’ individuL vindication or exaltation” (p.80). There is a helpful chart on p.168 that facilitates comparison between the canonical Gospels and extracanonical works. He also talks about the Church of the Holy Sepulcher as part of the developing tradition, making for a refreshing change in a domain in which texts alone are often the sole focus of attention. Smith’s view of the Gospel of John as weaving together disparate threads represented in other NT sources may have a bearing on how we view its relationship to the written forms of those works (p.181). His choice to explore Luke before Matthew was an interesting one, and has the nice effect (for one reading through the book sequentially) of freeing Luke somewhat from Matthew’s shadow, as it should indeed be read and appreciated if its author drew independently on Mark and Q just as Matthew did.

Smith’s book is a fascinating one, and I regret having taken so long to read it. I expect that it will form the basis for a lot of interesting further research into the development of Easter-related traditions in earliest Christianity. 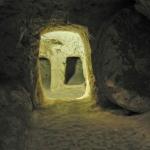 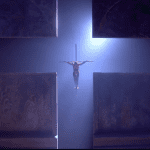