My project on artificial wisdom and driverless cars has highlighted for me the need to think not only about moral and ethical principles, but how to adjudicate between them when they come into conflict with one another. Some of the readings for the Council of Independent Colleges institute I attended recently in Atlanta on “Diversity, Inclusion, and the Liberal Arts,” as well as some of the talks and presentations given there, seemed to me to require consideration through this lens. Indeed, having come to grips with not only how important the explicit hierarchical ordering of ethical priorities is, but how frequently this comes up, I find myself surprised that this is not discussed more widely and more frequently than it is.

One of the readings for the institute was by Susan Okin, and asked whether multiculturalism is bad for women. The essence of the problem is that cultural diversity includes patriarchal cultures, and efforts to embrace cultural diversity may involve making room for not only unequal gender roles but various kinds of abuse including mutilation (disguised under the label of “female circumcision”). And one of the speakers at the institute was Eboo Patel, who has been highlighting the fact that institutions concerned with diversity often embrace differences in sexuality or gender more readily than in religion.

Inside Higher Ed has had a number of articles in recent weeks highlighting the fact that there is a significant difference of opinion (often but not always along generational lines, as one recent study showed) about whether freedom of speech should be top priority, or whether shutting down hate speech ought to be the goal so as to protect and include the voice of victims, the currently and historically marginalized, and minorities and the underrepresented. Apparently even the ACLU is wrestling with the issue in a big way. And on that last point, Wendy Kaminer wrote for the Wall Street Journal and explicitly mentioned the organization’s “hierarchy of values.”

That concept of a hierarchy of values is, of course, central to Isaac Asimov’s Three Laws of Robotics, and that is the point of intersection with my work on artificial wisdom. What rarely gets discussed in these contexts is the fact that both sides typically agree that freedom of speech and protection of the historically disenfranchised are each in principle good, and that the issue is how to hierarchically relate our commitment to these values when they come into conflict with one another.

A helpful framework for considering this was provided by a research project I have begun with a colleague in computer science, Dr. Ankur Gupta, on the subject of artificial wisdom, or in other words, the intersection of ethics and computing. One aspect of that is the programming of driverless cars. When an autonomous vehicle is confronted with an imminent accident, should it prioritize the preservation of the life of passengers, or should it maximize the likely number of survivors regardless of whether they are inside or outside the vehicle? Should it matter who is at fault? Ideally we would all like for there to be no fatalities and thus no need for these hard decisions. In real life situations, difficult decisions like these are unfortunately unavoidable. These are the kinds of programming challenges are nothing new. Isaac Asimov famously formulated Three Laws of Robotics to guide autonomous machines, and the hierarchical ordering of them is crucial to their function (as an entertaining XKCD comic about the laws nicely illustrates).

In much the same way, it is inevitable that universities will have to choose between two things that most of us consider valuable in the abstract: allowing uncensored expression of ideas, and defending the historically marginalized against being bullied into silence. When white supremacists want to speak on campus and hold a rally, those two value commitments conflict and we must choose between them – or ideally, we must implement an already-formulated policy that reflects earlier decisions made about how we prioritize between these values as an institution in such circumstances. (In fact, there can be more than two or even three values that are relevant to the equation – freedom of speech without censorship also bumps up against the issue of giving a platform for those who blatantly misrepresent facts or their implications, undermining a university’s value placed on learning and expertise.)

Putting in place an algorithm – or a statement of values, if that sounds less coldly mechanical – to guide our institutions through these situations will not only help our universities and colleges to navigate challenging situations. It may also forestall certain criticisms that are leveled against us when we appear to be inconsistent or make off the cuff decisions about such matters in the heat of a crisis. If our value commitments and their hierarchical ordering is a matter of public knowledge, fewer people will be surprised by the courses of action we follow with respect to controversial matters of debate. Not everyone will agree with our priorities, to be sure. But hopefully we can have better conversations about our disagreements as a result of being clear what our commitments are in advance.

This approach can also provide a way to respond to the accusation that we are being inconsistent if, for instance, we claim to value inclusivity, and yet choose to prioritize defending gender equality over against the welcoming all cultural and religious voices, including ones that advocate patriarchy. In pondering such matters, my mind regularly turns to Star Trek. An important slogan of Vulcan philosophy in the original series was summed up under the acronym IDIC, standing for Infinite Diversity in Infinite Combinations, and it was a value that Starfleet sought to embody. So when they fought against the Borg rather than simply welcoming them, were they jettisoning their values? Hardly. Rather, the United Federation of Planets was making a tough choice between its values. Embracing within its diversity a group whose central aim is to obliterate diversity by assimilating all life forms and cultures within their hive mind would mean the end of the United Federation of Planets’ rich diversity. In theory, they might like to welcome everyone. In practice, they had to choose whether or not to welcome a group that would not only make others unwelcome, but sought to obliterate their distinctive identity entirely.

Opponents of liberal inclusivity often think this is a gotcha moment: if you are inclusive, then you must include me and my views. But that “must” is only convincing if our top commitment is always to including all voices and giving uncensored opportunities of expression to everyone, even those who are themselves opposed to that very ethos.

For some institutions, that may indeed be the consensus of faculty and administrators regarding its institutional value commitments. For others, defending and prioritizing access for those previously excluded and silenced will take top place. There is no objective framework within which to decide that one approach or the other is better, although it may be that some of us will change our minds in the future as we interact and have conversations in higher education across these differences. But whether or not that occurs, we all stand to benefit from “programming” into our institutional statements of values and policy an algorithm that guides our decision making when the things that we value when considered on their own bump up against one another, and require that we make a choice to prioritize one or the other.

While exploring this topic, I was also reminded of a quote from Neil de Grasse Tyson about the fact that free speech and truth are often at odds. Chris Gehrz wrote about this subject as well, framing it in an interesting way in relation to biblical texts about obeying authorities:

Having no emperor or king, I’d suggest that American Christians instead need to honor democracy. In a system that gives authority to the people, we “submit to every human authority because of the Lord” (1 Pet 2:13) not by approving whatever our leaders do and say, but by honoring the institutions, procedures, offices, and underlying values of our democratic system…

Christy Croft wrote an interesting piece about conflicting commitments viewed through the lens of trauma. Inside Higher Ed published numerous pieces on controversies unfolding at specific institutions (as well as digging deep into the history of universities). Allan Bevere asked how much diversity can be maintained and valued without sacrificing unity. There was also a “Can I Say This At Church” podcast of relevance.

And of course, I must mention Lionel Shriver’s article in The Spectator, which ultimately is about the same question that I am raising in this post: Is diversity a means or an end? Is diversity a good in and of itself, that should be defended at the cost of other goods when they come into conflict, for instance freedom of religion or freedom of speech? The prioritization of values is once again not brought explicitly into focus.

Finally, let me emphasize that there is a lot of misinformation about multiculturalism that doesn’t help bring clarity to discussions like this one. 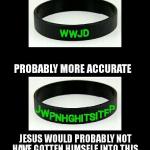 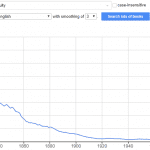 July 5, 2018 The Bible is not Alone
Recent Comments
5 Comments | Leave a Comment
"Faculty in traditional professorial roles need to learn from librarians, who are well-practiced at educating ..."
Grimlock Coaching and Curation in the Post-Pandemic ..."
"James said"it suggests that the story was widely known and liable to be known not ..."
John MacDonald Revisiting the Empty Tomb
"It isn't just whether we see signs in our very earliest source that something was ..."
James F. McGrath Revisiting the Empty Tomb
"James, you're such a tease. I don't have time to read the whole book, but ..."
robrecht Veritas by Ariel Sabar
Browse Our Archives
get the latest from
Religion Prof: The Blog of James F. McGrath
Sign up for our newsletter
POPULAR AT PATHEOS Progressive Christian
1