The Bible is not Alone

It started with me saying that “the Bible is not in the Bible” in my Sunday school class.

I was referring to the conundrum for those who speak of the Bible as their ultimate authority, namely that the contents of the Bible cannot be settled on the basis of biblical authority.

That got us on to the idea of sola scriptura, and so I emphasized that the Bible isn’t alone, either.

This is true in many senses. One is the fact that the Bible is connected to the church that assembled its contents.

Another is the fact that the Bible has no meaning without a reader, and readers do not merely obtain meaning transmitted precisely to them from the Bible’s pages, but bring with them baggage and lenses that affect what they understand.

A third is the fact that, just as external texts and people talk about the Bible and influence how it is interpreted, the reverse is also true: the Bible makes reference to texts and information outside its pages. Jude quoting 1 Enoch. Jannes and Jambres. The Book of Jashar.

I could add to this (even though it didn’t come up in the Sunday school discussion on that occasion) the fact that the Bible is not intelligible to modern readers without outside individuals and resources. David Miller blogged about a number of aspects of this in a series on the perspicuity of the Bible. Somewhat ironically, the term perspicuity itself provides a nice illustration. It is not an everyday word in our time. I’m not sure if it ever was. But as the Google NGram viewer illustrates, its frequency in books has declined dramatically.

Languages change over time, impacting the intelligibility of translations. Those who read the Bible in the original languages nowadays are never native speakers of ancient Hebrew, Aramaic, or Greek. And so the Bible is not self-explanatory even on the linguistic level, to say nothing of text critical issues and cultural differences.

The Bible is never alone. Scriptura non sola. And that is just as well, because in a manner comparable to what is in the graph above, the Bible’s perspicuity has declined with time. 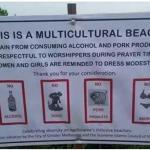 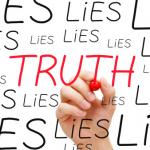