As someone who studies mostly ancient history, I am hoping it will make a refreshing change of pace if I take on some research related to more recent times. One of those projects is to document the history of my own church, Crooked Creek Baptist Church.

One of the things we learn when researching any period of history is how much we wish that someone would have written things down, or that something that was written would have survived down to the present day and reached us.

And so I’m eager to see if I can document what is known and can be known about the history of my church. Looking through the church’s collection of old photos and documents, most of what is there is from the 1940s or later. But then I came across this photo: 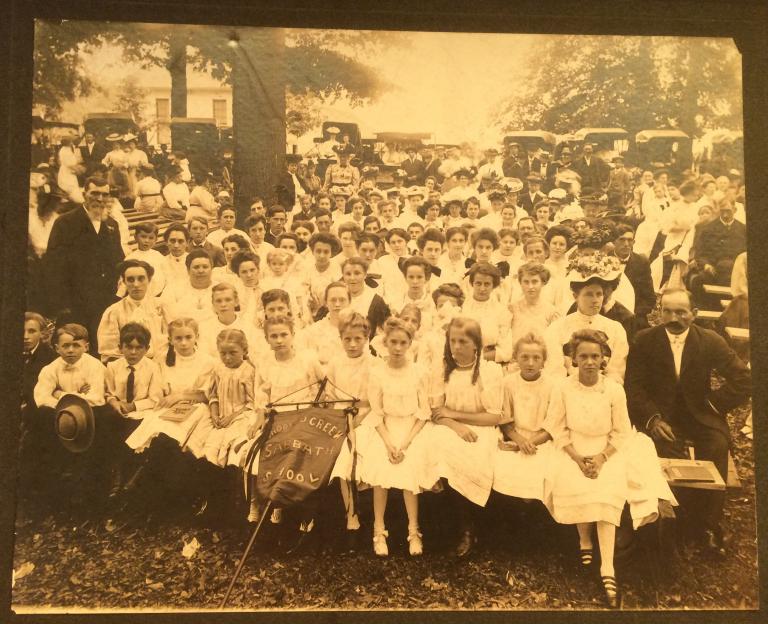 Here’s what I wrote on the church blog in connection with the photo:

Crooked Creek Baptist Church has been doing picnics well for more than a century, and so it is no wonder that our picnics continue to be so popular with present members, former members, invited guests, and anyone else who joins us. Based on the clothing worn, the photo above was probably taken sometime between 1890-1910. We’ve been here for a long time, and we’ve constantly reinvented ourselves. But from what we can figure out from really old written and even photographic accounts, we’ve always been welcoming, and we’ve always done food well. We’re open to change in lots of areas, but we also preserve our traditions when they’ve stood the test of time.

We hope you’ll join us at our next such event. We have a community cookout planned for February 28th, 2018, starting at 11:30am. It won’t look anything like the photo above…but you should definitely click it and take a closer look!

There seems to be little mention of the church in print that I can find, until we get into the 20th century. Its location now is urban, but until the middle of the 20th century it was rural. Indeed, an article in the Indianapolis Times from 1945 emphasizes the point. The church’s plan to build a new building (the church’s current building) made front page news, and is characterized as a countryside church planning to build a city-style facility. 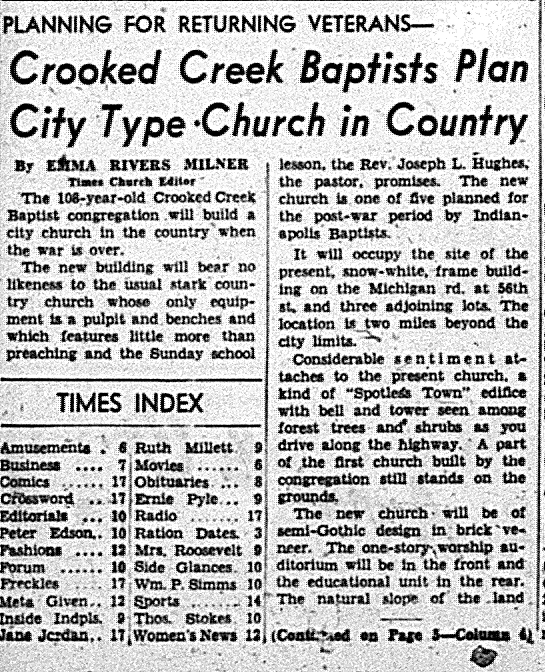 Apparently we were ahead of our time. We’ll see whether we can continue to be so. But if nothing else, it is useful to have reminders that longstanding churches and other institutions have always continued to reinvent themselves, if they’ve persisted over time. They have not remained static, despite the impression that some have that religion is unchanging.

I’m not sure whether this will end up turning into one or more articles, a book, or just an online interactive timeline with photos, newspaper clippings, and the like. But whatever it becomes, I’m already enjoying learning more about the history of not only my congregation, but this part of Indiana.

Let me end by emphasizing the invitation to the cookout. Please do join us on Saturday, August 28th between 11:30-2! 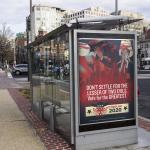 July 21, 2018
The Human Savior Complex in the Monoposostocene
Next Post 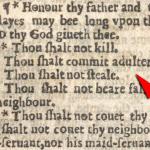 July 23, 2018 Would and Wouldn't, Can and Can't, Should and Shouldn't
Recent Comments
3 Comments | Leave a Comment
"Just to clarify, Im not saying that Isaiah 19 is referring to some far off ..."
Realist1234 The Aims and Ending of Luke-Acts
"John Brown's body lies a moulder'ing in the grave.... https://www.youtube.com/wat..."
Erp Kansas and the Good Lord Bird
"I heartily agree with everything you said until your second to last sentence. The impending ..."
Phil Ledgerwood The Aims and Ending of Luke-Acts
"Indeed. Clarke's Law that any sufficiently advanced technology is indistinguishable from magic is applicable here. ..."
Scurra Star Trek/Star Wars Crossover?
Browse Our Archives
get the latest from
Religion Prof: The Blog of James F. McGrath
Sign up for our newsletter
POPULAR AT PATHEOS Progressive Christian
1