Would and Wouldn’t, Can and Can’t, Should and Shouldn’t

Cristoph Heilig shared an experience of embarrassingly saying “should” when he meant “should not.” We all know that it does happen, even those of us who don’t think that the president misspoke rather than later backtracking or doing damage control. Indeed, there is a famous Bible in which they accidentally left out the negation in the commandment prohibiting adultery!

Heilig’s post reminded me of an experience related to this, at least tangentially, in which can’t became can. The first time I visited Romania, I was asked to preach in just about every church that I showed up in. I had been learning Romanian already but was not yet at the point at which I could preach in the language, so I used a translator. In one visit to a church, there was a friend with me who had been translating for me elsewhere. But this church said they have their own translator, and so my friend went and sat in the congregation.

As I preached, I could tell something was wrong. I would say a short phrase, and the translator would say something long as though not translating but commenting on what I said.

It was only afterwards that I found out what had happened. The translator was familiar with British English, and when I said “can’t,” he understood “can.” And so if I said (preaching from 1 John) “The church can’t be like the world,” his translation meant “The church can be like the world.” When I then followed by saying “The two are opposites,” he was then forced to say something like “But, if you really think about it, at the end of the day, the two are in fact opposites.”

I might be able to find a copy of the text of the sermon that I prepared. But even if I did so, I would still have no idea what sermon those in the audience heard that day.

At any rate, with all the focus on “would” and “wouldn’t” it reminded me of my “can” and “can’t” story, and so I thought I would share it with you.

I mean I didn’t think that I wouldn’t share it with you. 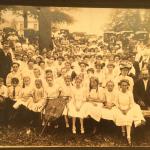 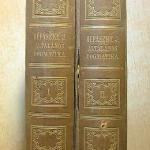 July 24, 2018 Researching József Répászky
Recent Comments
5 Comments | Leave a Comment
"“Often wrong, never in doubt.”I’ve seen this printed on tees, needle pointed on pillows, and ..."
Tony Wilson White Supremacy, Christianity, and the Capitol ..."
"You Da man! Did exactly what u said and it took care of the problem. ..."
Jose Beiro Solving the Annoying Flashing Input Menu ..."
"It's what I tend to call a classic Irregular Verb:I am a true patriot.You are ..."
Scurra White Supremacy, Christianity, and the Capitol ..."
"Intriguingly enough, since you mentioned "No one has suggested that Jesus was merely a carbon ..."
Chris H #JohnTheBaptist Enoch Seminar Nangeroni Meeting Day ..."
Browse Our Archives
get the latest from
Religion Prof: The Blog of James F. McGrath
Sign up for our newsletter
POPULAR AT PATHEOS Progressive Christian
1