It is possible to be both intelligent and malicious, and Designer posited by so-called “Intelligent Design” really deserves to bear a different label that highlights its key distinctive belief. Religious believers of many stripes who accept mainstream science also believe in a Creator who is intelligent, and see that reflected in the world that science describes. And so let’s start referring to “Intelligent Design” using language that reflects what is actually distinctive of their viewpoint, namely that they believe the Designer has created in such a way as to mislead those who study the world regarding its history and its workings.

From now on, let’s refer to it as “Deceitful Design.” Those who hold this view do not deserve to be allowed to snatch the terms “intelligent” and “design” away from more mainstream theological and scientific positions, any more than young-earth creationists should be allowed to claim a corner on the language of “creation” or even “creationism” from others who believe in creation and yet accept the results of scientific investigation of the world around them.

Do you agree? I think language matters, and sometimes fringe ideologies are harder to combat when we grant them labels that they have no legitimate claim to.

I should also add that when I shared my post, I received comments from someone who seemed not to have bothered to read it and clearly couldn’t have cared less about the evidence. Dismissing the expertise of scientists is so much easier if one doesn’t have to provide an alternative explanation of why telomeres are found as “centromeres” on the enlarged human chromosome that has a genetic sequence matching that of two chromosomes found in other primates.

Maybe that is the crux of the issue? As long as one is willing to pretend that research and conclusion-drawing in any field isn’t hard, and consensus among those who do it not hard won, then one can simply believe whatever one wishes, or pick and choose authorities to listen to who say what one wishes to hear.

August 16, 2018
Neglected Mentions of John the Baptist and Mandaeans in Syriac and Aramaic Sources?
Next Post 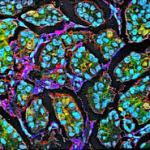