There is another call for papers that many of you will find as exciting as I do! It focuses on resistance as a theme in Star Wars, with particular focus on the most recent sequels and their relationship to the earlier movies. Here’s an excerpt from the call for papers:

Throughout the original trilogy, the prequels, and most recently the sequels, the films have focused on the struggle between Imperial forces and rebellious fighters who seek to throw off the yoke of an authoritarian regime. In the opening crawl of Episode VII–The Force Awakens, we are told that the Resistance, led by General Leia Organa, is fighting against the First Order so that peace and justice may be restored to the galaxy. This conference seeks to critically explore what it means to be “with the Resistance” by focusing on Episodes VII, VIII, and (to the extent possible) IX, as well as the various ways these films reflect, contribute to, or even fail to show “how we define ourselves through the movies and related media.” In other words, this conference aims to bring together scholars from across disciplines to examine the three most recent Star Wars films as cultural texts, with an explicit focus on themes of resistance and justice, and on how these films contribute to, reflect, or depart from broader contemporary cultural practices and social discourses.

We are interested in, for example, the paradox inherent in certain fan criticisms of Episode VII–The Last Jedi as “social justice propaganda,” in light of the enduring theme of resistance and justice throughout the film franchise. We seek to analyze what it means for Star Wars slogans to be used on posters at contemporary political rallies, in what ways, and by whom. We want to ask how Episodes VII, VIII & IX might be productively used in a classroom to teach students about various concepts of justice, or about histories of social resistance movements. We want to pose critical questions about cultural appropriation and Orientalism in the most recent films and throughout the franchise. We also want to explore what limitations there may be in attempting to theorize about and practice resistance to hegemonic power in relation to a film franchise owned by one of the most powerful and successful corporations in our contemporary capitalist economy. 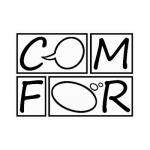 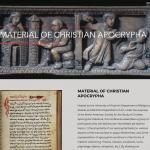 October 6, 2018 The Material of Christian Apocrypha Conference
Recent Comments
1 Comment | Leave a Comment
"Quite so. And yet …If you believe that there is some clear, well-understood definition of ..."
HematitePersuasion Conservative Christianity Isn’t Christianity
""Noteworthy is that the fallacy does not occur if there is a clear and well ..."
gadfly Conservative Christianity Isn’t Christianity
"...unless one believes the Scriptures when they claim the Holy Spirit as the author.(2 Pet.1:20; ..."
gadfly Come Compromise at Crooked Creek Baptist ..."
"Yes, in the sense that Jesus' resurrection is perceived as the beginning of the resurrection ..."
Phil Ledgerwood Grace, Works, Faithfulness, and Jesus
Browse Our Archives
Follow Us!