Museum of the Bible

I had a walk through the Museum of the Bible for a few hours this past Friday, and went in with the intention of sharing my impressions here on the blog – with lots of photos for you to see a little of what I saw, as well as to contextualize and illustrate the things that I say here. I received a voucher for a free ticket from a friend before my trip, which was very kind. I went in trying to set aside the important matter of what has happened in the past, and even what may still be going on behind the scenes. Other scholars have been involved with emphasizing to the Green family (who brought the museum into existence) the importance of not dealing in illicit antiquities. Those reading this post who may be unfamiliar with that topic can either consult Joel Baden and Candida Moss’ book Bible Nation, or any of the many articles in newspapers and blog posts related to the topic of the family and the museum acquiring illicit antiquities and smuggling them into the United States.

Given how many scholars and mainstream museums have had some connection with illicit antiquities, that I am not privy to the current stance of those directly involved, and that I don’t think I should treat acquisition of illicit artifacts as an unforgivable sin but should be open to repentance provide a clear change of behavior is evidenced, I was determined to go into the museum and judge what I saw rather than what I knew. Of course, I went in knowing that there is a connection between the Green family and conservative Christianity, and so I expected there to be a conservative sort of slant to things. In short, I went in trying to keep an open mind, but also expecting on some level to be disturbed and disappointed. The impression the museum made was definitely a positive one. Since this is a photo essay, I will have the post span multiple pages, since otherwise it would take a really long time to load, and to scroll through. Click the “next page” button each time to keep hearing more about my visit, and to get more than a glimpse at the exhibits and what is on display in them! 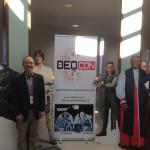 October 1, 2018
ΘeoCon: Where Theology and Popular Culture Meet
Next Post 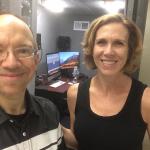