N. T. Wright’s Paul and the Faithfulness of God

Tom Wright published two volumes on Paul in his ongoing systematic treatment of the New Testament, Christian Origins and the Question of God. They bear the title Paul and the Faithfulness of God

. There is a lot to appreciate and admire about them, and few things to despise unless the sheer size overwhelms you. They were the focus of a Patheos book club a long while back. I was supposed to participate, but they got these enormous tomes to us late and then moved up the date of the book club, which made my participation impossible. Now, more than two years later, I’m revisiting them, not because they’ve become available in audiobook form or anything like that (I’ve been digesting other books by Wright that way recently), but simply because there are a couple of features that I noted in a draft post when I started reviewing the book back around when it appeared, that still seem worth sharing.

To begin with, Wright’s two-volume book begins in an extremely unconventional way for a book about Paul. It starts with Philemon. I really did like this unique approach, asking what we could deduce about early Christianity if we had only that short work.

Wright reasserts his view that apocalyptic language did not mean an “end of the world” (in contrast to what it means to many modern apocalypticists) but was a symbolic way of expressing the radical transformation that was hoped for – much as we might talk about “earth-shattering events.”

You can probably see why I was drawn back to this topic, since it also comes up in the other books by Wright that I’ve been reading lately, focused on Jesus rather than Paul. As I’ve been teaching my historical Jesus class, the topic of whether Jesus was mistaken about the end has already come up, in the class focused on the Kingdom of God. I initially thought that Wright’s move away from a literal understanding of apocalyptic language was an attempt to avoid having Jesus and his earliest followers be wrong. But to the extent that they expected a non-literally earth-shaking change within the lifetime of those who heard Jesus speak, there is still a wrongness about that prediction. On the other hand, to the extent that one views this figurative understanding of apocalyptic as not merely a prediction, but a call to bring about the change that one hopes for, then Jesus and Paul were only wrong in the sense that the prophets of ancient Israel regularly were: they called people to change their lives individually and as a society, and sometimes that call fell on deaf ears.

Viewed from that perspective, Jesus and Paul may be judged “true prophets” after all. And I gather from what I’ve read here and elsewhere that Wright’s focus is – not inappropriately – less on the time frame and more on the impact of a revolutionary view of how revolution would occur in the world.

Have you read Wright’s massive Paul and the Faithfulness of God, or perhaps even the entire series of which this is itself but one part? What are your thoughts about Wright’s understanding of Jesus, Paul, early Christianity, and the application of their message and teaching for today?

For more about and from Wright, see the NT Wright Page, which recently added the text of two of Wright’s articles, one from NTS and one from JSPL. See too Susan Eastman’s review of another of Wright’s recent books about Paul (one that is of much more manageable size). 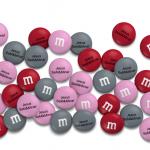 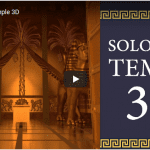