In a conversation not long ago with colleagues and friends connected with the study of religion, we had occasion to mention Paul Russell’s article about Hume and religion in the Stanford Encyclopedia of Philosophy – more specifically, his terminology which characterized Hume’s religious views not as perhaps neither atheism or theism, but “thin” theism in contrast to “thick” (or at least “thicker”) varieties of that viewpoint.

I immediately found myself making the quip that this ought to be a term for such a religious viewpoint that gets used more widely – just as we have “pantheism” and “polytheism,” why not also “thintheism”?

While merely being punny was certainly one of my motivations in making the remark that I did on that occasion, it wasn’t the only one. Regular readers of this blog will know that I think that varying degrees of agnosticism and tentativeness are appropriate when it comes to many religious matters.

And so I found myself thinking about this again on a later occasion, not least because my wife had made comments about whether I look healthy after having lost as much weight as I have in recent years. I had many colleagues who felt the need to ask whether my weight loss was intentional, or whether I was in poor health, before congratulating me on my accomplishment. Thinness can be a result of illness, or a result of health. It can be a sign that death is at hand or that better life full of vibrancy and vigor is being rediscovered.

The same is true, I think, with religious beliefs. On the one hand, they can begin to waste away into nothingness and eventually die for any number of reasons. On the other hand, they can be pared back and reduced through the choice to pursue a healthy and mature approach to faith, a diet of substantive and balanced theological sources rather than religious junk food that rots the soul the way corn syrup rots the teeth.

Religious junk food bloats one’s dogma. It balloons outwards until it is rather enormous. But it is actually a sign of unhealthy consumption of ideas that taste sweet but are not as good for you as some things that are harder to chew and swallow, and as a result, far less popular among those who prioritize quick fixes over long-term healthy living – spiritual or physical.

I’m surprised by how much this analogy works, and given that there are so many parallels, I’m surprised that I haven’t explored it in quite this way before.

How thin or thick is your worldview or ideology? But more importantly, why is it thin or thick? Have you been building spiritual and mental muscle, or lazily allowing theological junk food to make your dogma fatter but in a manner that is unhealthy? Have you seen your dogma wasting away to nothing because it is sick and you’ve not bothered to seek a professional diagnosis, or because you’ve reached a point in your life at which you’ve chosen to trim away fat and have a worldview that is leaner because it is healthier?

And following the same metaphor, what kinds of ideas do you choose to consume? How do you make sure that your consumption of words and ideas is as healthy and as balanced as your choice of foods should ideally be? 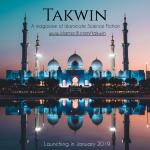 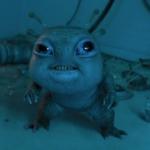