This week’s episode of the ReligionProf Podcast features Karen Keen, who blogs at Reverent Sexuality. In it, we talk about her recent book, Scripture, Ethics, and the Possibility of Same-Sex Relationships. See also her response to a review by Sean McDowell, and now also part two of it, as well as the video she shared about Christian parents who came to rethink their views in light of their own children coming out. Keen also reviewed the book Modern Kinship, and wrote about Irish poet Pádraig Ó Tuama.

Because I recorded the podcast before the AAR/SBL Annual Meeting, where the book would be on display, but I knew I would not be able to release the podcast until afterwards, I made a point of talking about the book on social media before the conference. Here’s part of what I wrote on Facebook about it:

The book is especially valuable because, in addition to addressing an important contemporary issue that has led churches to cause significant harm to LGBTQ people, the book also (1) offers arguments that allow readers with different presuppositions and frameworks to make progress in thinking in more helpful ways about this topic, and (2) explores the underlying question of how individuals, congregations, and denominations have applied and should apply the Bible to contemporary concerns.

If there is no clearly stated directive in the Bible to marginalize and ostracize gay people, then it is morally indefensible for Christians to continue to do so…Without an explicit directive from God to exclude and condemn homosexuals, the Christian community’s treatment of gay persons is in clear violation of what Jesus and the New Testament writers pointedly identified as one-half of God’s most important commandment: to love one’s neighbor as one’s self.

The gay community has cried out for justice from Christians, who have a biblically mandated obligation to be just. Because the suffering imposed on gay persons by Christians is so severe, the directive from God to marginalize and ostracize gay people would have to be clear and explicit in the Bible. If there is no such clearly stated directive, then the continued Christian mistreatment of gay and lesbian people is morally indefensible, and must cease.

See too Rev. Brady Whitton on how the Bible defines marriage. Back when Ian Paul blogged about this topic, trying to argue that the issue of slavery does not provide an analogue to its discernment in relation to same-sex relationships, Katie van Santen offered a helpful presentation of the opposite viewpoint.

Of related interest, see the links below, which include (among other things) an interview that Karen Keen did about her book with Eerdmans, the publisher.

How Biology (and the Bible) Breaks the Binary of Human Sexuality 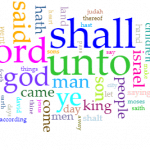 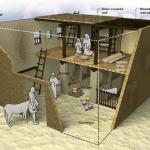 December 13, 2018 Things Christmasy
Recent Comments
4 Comments | Leave a Comment
"African Americans are Americans, not Africans. It should not be suggested to them that they ..."
Roger Morris White Christianity and Disney Princess Theology
"It is ironic that the same people who can't let go of the Confederate past, ..."
CroneEver White Christianity and Disney Princess Theology
"Is this particular section of Jubilees preserved only in Ethiopic or perhaps Latin? It's not ..."
robrecht Was Paul Uninterested in the Historical ..."
"What actual tangible authentic and original first century originated evidence can you reference?Every word attributed ..."
rationalobservations? Was Paul Uninterested in the Historical ..."
Browse Our Archives
get the latest from
Religion Prof: The Blog of James F. McGrath
Sign up for our newsletter
POPULAR AT PATHEOS Progressive Christian
1