Science, Religion, and the Quest for Truth

When I left the full-time practice of science and turned my collar round to become a clergyman, my life changed in all sorts of ways. One important thing did not change, however, for, in both my careers, I have been concerned with the search for truth.

Religion is not just a technique for keeping our spirits up, a pious anaesthetic to dull some of the pain of real life. The central religious question is the question of truth. Of course, religion can sustain us in life, or at the approach of death, but it can only do so if it is about the way things really are. Some of the people I know who seem to me to be the most clear-eyed and unflinching in their engagement with reality are monks and nuns, people following the religious life of prayerful awareness.

In the investigations of the different aspects of experience that concern them, it seems to me that science and religion share a common desire to learn what is true. Neither will attain absolute certainty in this pursuit; both will call for a belief that is motivated but not unquestionable.

The quote comes from his book Quarks, Chaos, and Christianity. Mike the Geologist has begun reviewing another book of Polkinghorne’s, Quantum Physics and Theology. It addresses a similar theme, namely that “all truth is God’s truth.” Meanwhile, Vance Morgan wrote in a recent blog post (quoting a scientist who is also a Catholic priest, and then also a rabbi):

Vatican observatory astronomer Fr. George Coyne tells the story of how, during the question and answer period after he gave a conference paper on the uncertainties of determining the age of the universe, an audience member commented, “Father, it must be wonderful that, with all the uncertainties we have in our scientific pursuits, that you have this faith, this rock of faith to stand upon.” Father Coyne was not amused.

I took off my Roman collar and faced him down and said, “Who told you that my faith was kind of a rock?” I said, “Every morning I wake up I have my doubts. I have my uncertainties. I have to struggle to help my faith grow.” Because faith is love. Love in marriage, love with friends, love of brothers and sisters is not something that’s there once and for all and always kind of a rock that gives us support. What I want to say is, ignorance in doing science creates the excitement of doing science, and anyone who does it knows that discoveries lead to a further ignorance.

Ignorance and doubt are wonderful places to be as we turn our attention toward the unknown. As Rabbi Jonathan Sacks told Krista Tippett, “Whatever God is, he is not as simple as we are. He is in places you would never expect him to be . . . Don’t think we can confine God into our categories. God is bigger than religion.” And than science, I might add.

Listening to scientists who are or have been clergy is important, because there are some who insist that belief in God and pursuit of scientific knowledge are mutually exclusive. As Dave Gustavsen wrote recently, “I just don’t know how you look at the guy who led the team that cracked the code of human DNA, and say he’s not a real or true scientist.”

Of related interest, see the article in Christianity Today about Mars and how it calls to us. I can relate – my most recent work of science fiction (about which I’ll say more if it is accepted for publication) is about Mars. See also the connection recently made between Mars and current politics. 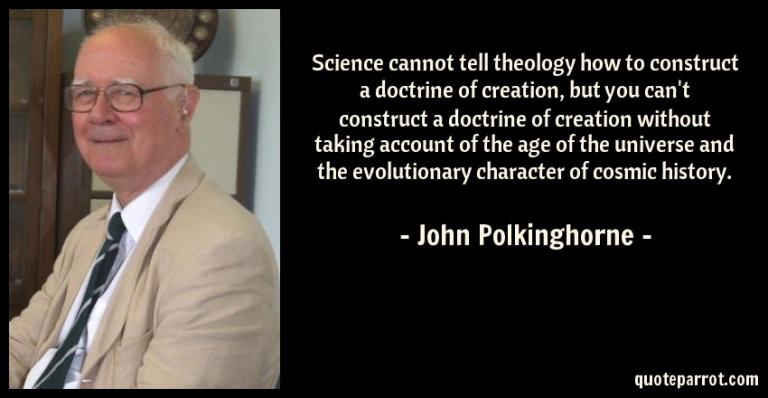 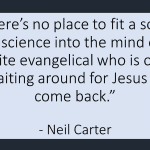 December 14, 2018
Inerrancy: The Hermeneutics of Defending Slavery
Next Post 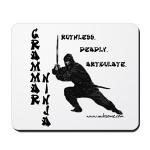 December 16, 2018 Linguistic Ninjas and the Impoverishment of Language
Recent Comments
39 Comments | Leave a Comment
"Under the old covenant (ten commandments), people were (and still are) racists and sexists. For ..."
Herrnhut Was Jesus a Racist?
"Reconciliation is a two-way street, restoring a broken relationship between two people. God does indeed ..."
Iain Lovejoy Forgive Us Our Debts, Not Repay ..."
"Excellent. God is not, and does not want to be, an accountant; keeping a ledger ..."
Harvey James Johnson Forgive Us Our Debts, Not Repay ..."
"Don't confuse forgiveness with reconciliation. Jesus tells us to forgive people who sin against us, ..."
Derek Thompson Forgive Us Our Debts, Not Repay ..."
Browse Our Archives
get the latest updates from
Religion Prof: The Blog of James F. McGrath
and the Patheos
Progressive Christian
Channel
POPULAR AT PATHEOS Progressive Christian
1