Linguistic Ninjas and the Impoverishment of Language

In a conversation with colleagues sometime last year, we had a conversation about appropriate word use and its impact on our vocabulary. It came up when someone referred to a “blind spot,” and another colleague said they had actually had a student complain about the term because it was disrespectful of those with visual impairments. I was shocked that this had been suggested, since “blind spot” is the technical term for an aspect of human vision that all human beings share, and not to a different level of visual ability.

Another colleague who writes fiction then shared his experience of having a publisher recommend eliminating the use of the word “ninja” as a way of referring to someone’s impressive ability, since it involved cultural appropriation.

I wanted to respond to this by saying that the use of language is something of a minefield. But then it occurred to me that minefields are serious matters and it is perhaps inappropriate to use that expression in that way. It trivializes the harm caused by land mines.

I then wanted to say that our concern about word choice, taken to this extreme, risks impoverishing our language. But then I realized that poverty is no laughing matter, and so I probably shouldn’t say this.

Anyone who knows me knows that I care deeply about the use of language, and in particular inclusive language that makes sure no one feels threatened or even excluded from recognition. Gender-inclusive language is important enough to me that I’ve begun saying “grandparented in” instead of “grandfathered in.” And I was dismayed to find that some white male faculty think that the use of racial slurs – even when talking about what others have said, or in trying to convey the shock value of certain language – is simply a matter of words being “taboo.” Taboo words for genitalia, for instance, have not been associated with lynchings and systematic oppression the way the “n-word” has been.

Words matter to me. My concern is not to preserve language for its own sake, but to avoid an excessively heavy-handed approach that goes to such an extreme that it actually makes the genuine issue of inclusive language look silly, trivializing it as a result.

A lot of ink has been spilled on this subject. But I discovered in my class this semester that today’s typical undergraduates are not familiar with the expression, “a lot of ink has been spilled.” Perhaps we could substitute that a lot of pixels have been illuminated on the subject? Or perhaps we need to simply say “a lot has been written” and let go of the old saying as outmoded?

Or maybe we need to act to preserve these elements of language? A little effort now might go a long way. A stitch in time saves nine.

But of course, no one who is reading this likely stitches clothing any longer, if they ever did.

What are your thoughts on this? If you can maintain a wide and diverse vocabulary while avoiding insulting anyone or causing any kind of unnecessary psychological harm, would it be appropriate to call you a “linguistic ninja” or not?

December 15, 2018
Science, Religion, and the Quest for Truth
Next Post 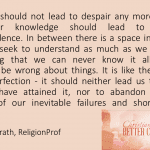 December 17, 2018 Shielding Ourselves from the Truth
Recent Comments
20 Comments | Leave a Comment
Browse Our Archives
Follow Us! 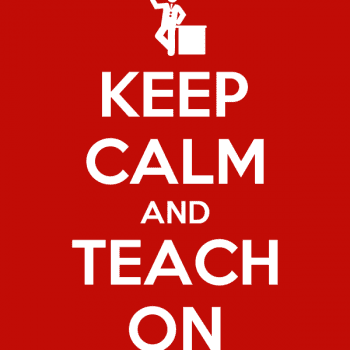 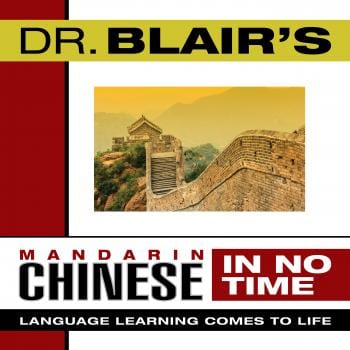 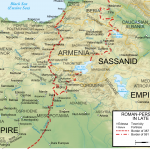