The Advent of John the Baptist

The Advent of John the Baptist December 24, 2018 James F. McGrath

There have been quite a number of interesting posts about John the Baptist over recent months, and given my interest in the historical figure of John, I’ve been making a note of them, with the intention of returning to them when time permitted, or when it seemed a particularly appropriate time to write about John. And since John is the focus of attention during Advent, viewed as the voice crying in the wilderness preparing the way of the Lord whose birth will be celebrated on December 25th, this time of year makes it natural to mention them. I’ve continued to work slowly but surely on the John the Baptist book, although the appearance of the major prompt to this new project, the published edition of the Mandaean Book of John that I worked on with Charles Haberl over the past several years, is still facing some delays. It is available for pre-order, and hopefully production will be able to begin soon. It is challenging to produce an edition of a text in a script that is not widely used, for which we had to have a font created especially for the project! But when you read it, I am confident you’ll agree it was worth the wait.

Here is what other blogs have had to offer related to John the Baptist recently:

Sarah Rollens mentioned John in her piece about apocalyptic in Q.

The Zondervan blog has a post adapted from Clark H. Pinnock’s article on John the Baptist in the Zondervan Encyclopedia of the Bible and Gary Burge’s online course on the book of John.

Brant Pitre shared a video about John the Baptist.

Chuck Queen asked whether John and Jesus were as much “opposites” as is sometimes assumed.

Carl Rasmussen blogged about the archaeology of immersion pools in the Holy Land.

If you’re on academia.edu, don’t miss the various articles made available there related to the Mandaeans.

I was very disappointed that Philip Jenkins, highlighting Gnostic texts that came to light before 1910, didn’t mention the Mandaeans, whose texts were never lost and never needed to be dug out of the ground.

I also had drawn to my attention that there is John the Baptist mythicism that goes hand in hand with Jesus mythicism for some people:

What questions do you think it most interesting to ask, and/or most important to answer, in a book about John the Baptist as a historical figure? 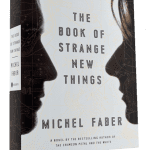 December 23, 2018
The Book of Strange New Things
Next Post 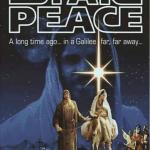 December 25, 2018 A Merry Sci-Fi Christmas
Recent Comments
17 Comments | Leave a Comment
Browse Our Archives
get the latest from
Religion Prof: The Blog of James F. McGrath
Sign up for our newsletter
POPULAR AT PATHEOS Progressive Christian
1