All historical argumentation is probabilistic. This is also to say that any and all historical hypotheses are subject to revision or dispute. Hypotheses subject to revision are hypotheses whose probability sufficiently approaches 1.0 that we can treat them as virtually certain. Such hypotheses include the hypothesis that Germany invaded Poland in September of 1939, or that Jesus of Nazareth existed. Such hypotheses are virtually certain not necessarily because there are no conceivable alternatives, but in many (perhaps most) cases because all conceivable alternatives are sufficiently improbable that they can be excluded. Can I conceive of a world in which all the documentary and eyewitness evidence for Germany’s invasion of Poland in 1939 is falsified and it never took place? Perhaps. Is that alternative probable? Hardly. Nonetheless, in principle, even the most probable statement is subject to revision upon the emergence either of new evidence or new insights into old evidence. The recent resurgence in arguments for Jesus’ historical non-existence rested entirely upon the argument that there had emerged new insights into old evidence. The reason that these arguments fail is because those competent in the matter and fully familiar with the evidence recognized immediately that these were not new insights at all but almost without exception insights that had been advanced and rejected the better part of a century ago.

Click through to read the rest. What Bernier writes really is a great example of the kind of balanced perspective on the matter that is all but universal among mainstream historians and scholars in related fields. See also Steve Wiggins’ post on how historical conclusions can change, and the implications of this for religious movements that claim to restore a tradition to its pristine original form:

Christian history is full of movements where one group or another has “gone back” to the foundations to reestablish “authentic” Christianity.  The problem is that centuries have intervened.  That “original” worldview, and the sources to reconstruct that worldview, simply no longer exist.  The primitivist religions have to back and fill a bit in order to have any foundation at all.  What emerges are hybrid religions that think they’re pristine originals.  Historians know, however, that no originals exist.

If you’re interested in a contrast with the voices of mainstream scholarship and its supporters, you can take a look not only at those few people with some sort of expertise in history or theology who advocate for the position known as “Jesus mythicism,” but also those who accept their views, and why they do so. For instance, a while back Jerry Coyne banned me from his blog after I challenged his promotion of pseudoscholarship about Jesus, and suggested that he might be engaging in motivated reasoning.

Coyne mentions this fairly regularly. Once, Coyne criticized a journalist who did an OK job of drawing on mainstream scholarship, mentioning relics that didn’t merit a mention but otherwise not entirely terrible. If Coyne had said the article was a mixture of sound arguments and problematic ones, I wouldn’t have disagreed at all. But instead, he dismissed it, and then wrote this as though it were better!

As a special Christmas gift to my readers, I’m offering an article by reader Peter Nothnagle, who has made a hobby out of studying “historical Jesus scholarship.” Peter has produced a 21-page document, “Jesus: Fact or Fiction?”, derived from a talk he gave in 2016 to the Unitarian-Universalist Society of Iowa City City Secular Humanists and Secular Students of Iowa. It’s a learned but very clearly (and humorously) written document that concludes that there’s no convincing evidence for even a historical Jesus. 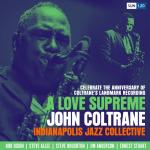 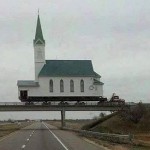 #JohnTheBaptist Enoch Seminar Nangeroni Meeting Day 4
We began the final day of the Enoch Seminar conference on John...
view all Progressive Christian blogs
What Are Your Thoughts?leave a comment
Copyright 2008-2020, Patheos. All rights reserved.