Review of van Bladel, From Sasanian Mandaeans to Ṣābians of the Marshes

Review of van Bladel, From Sasanian Mandaeans to Ṣābians of the Marshes January 14, 2019 James F. McGrath

I recently had a review I wrote of Kevin van Bladel’s book, From Sasanian Mandaeans to Ṣābians of the Marshes, published by the Enoch Seminar. Here’s an excerpt to whet your appetite:

Unfortunately, as van Bladel seeks to situate Mandaean origins in a Sasanian context, he is prone both to overstate his case, and to summarily dismiss evidence that does not fit well within the framework of his preferred scenario. For instance, the possibility that the “books of John and Seth” might include a precursor to what we know as the Book of John is initially ignored (p. 53) and then summarily dismissed (p. 56) on the basis of the material in the Book of John that is clearly post-Islamic. However, as detailed analysis of the linguistic features of this book shows, and as redaction-critical analysis likewise suggests, the book is a compilation of material stemming from different time periods. It is not inappropriate to focus on the final complete version of a work like the Book of John, and to ask about the time period and context in which it reached that form, just as can be done with texts like the Book of Genesis, or the New Testament as canonical compilation. However, the usefulness of considering the context and meaning of a text’s final form does not invalidate the effort to dig behind the form in which we now have it, asking about earlier versions and the time periods and geographic contexts that may have contributed to those. To the extent that the primary question under investigation is about origins, recognizing redactional activity and exploring hypotheses about sources may be the only way to plausibly proceed. Once again, this is not a state of affairs that is unique to the Mandaeans and their literature.

Read the entire thing on the Enoch Seminar website.

I received an email from Stephen Goranson about one of my statements in the review, namely that “we find no references to ‘Essenes’ within the Dead Sea Scrolls themselves.” Goranson wanted to make sure I was aware that he and others “suggest the the Semitic etymon of what came into English (via Greek Essaioi, Ossaioi, etc.) as Essenes *is* in Qumran mss as a self-designation.”

Here is what I said in reply:

I may indeed have overstated things or phrased it in an unhelpful manner. I think the comparison with “Christians” is a very similar case. It is not as though the term from which this name derives is not found in our earliest “Christian” writings, i.e. the term Christ. But the full-fledged proper name that is eventually created from it doesn’t occur until later. Might the same be true in the case of the Qumran texts – the label “Essenes” as name by itself is not found, but the self-designation and/or vocabulary that gave rise to it is?

What do others think about the terminology of Essenes and the Dead Sea Scrolls?

You may also find other reviews of van Bladel’s book of interest, such as the recent one in AJR and that by Predrag Bukovec. 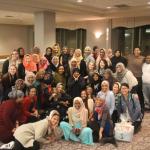 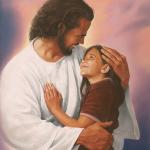 January 15, 2019 A Hug from Jesus
Recent Comments
0 | Leave a Comment
Browse Our Archives
get the latest from
Religion Prof: The Blog of James F. McGrath
Sign up for our newsletter
POPULAR AT PATHEOS Progressive Christian
1