We Three Spies of Parthia Are

We Three Spies of Parthia Are January 6, 2019 James F. McGrath

I received a delightful email not long ago that has made me want to turn it into a short story, a piece of historical fiction rather than my usual sci-fi, so as to explore it. Alas, I didn’t manage to accomplish this by today (I had another story I was trying to get finished – that one most definitely is science fiction), and today would be the natural day to share it, being Epiphany, the day that celebrates the arrival of the Magi. And so I thought I’d at least share the email prompt and story concept, and see what readers of this blog think of the idea. If you think this is worth pursuing, I will do so, and try to have it out in time for Epiphany 2020! Here’s the relevant part of the email:

Maybe it’s the times, with all the fuss about Russian hacking and election meddling, but this Christmas season I have been thinking about the Matthean story of the Magi in a new, and somewhat cynical way. Grant for the moment the perhaps generous assumption that there is a historical kernel to that story, what might it have been about?

Assuming that the Magi were Zoroastrian priests, or something similar, in the Parthian Empire, why would the Parthian government have been willing to let them travel to Judea to pay homage to a potential claimant to the kingship of that troubled land? Because the Parthians were geopolitical rivals of the Romans, it might have been in their best interests to let the Magi go to Judea, with any luck to stir up unrest, maybe destabilize things a bit, for the notoriously paranoid client ruler (Herod) of the Romans. So let the astrologers travel to the west, following whatever it was they saw in the sky. Or–thinking even more darkly–maybe even make up the story of the star altogether, just to see if this could shake things up against the Romans in their always troublesome eastern province?

Has anybody ever considered such a possibility?

To my knowledge, no one has considered this. But I think it is worth exploring, at least as a thought experiment through fiction. Here’s what I envisage. The story would start in the court of the Parthian king Arsaces XXII. He hatches a plan with his advisors to sow discord in the kingdom of Herod the Great, his enemy. Three spies claiming to be astrologers will show up in the palace of Herod saying they have seen astrological signs that a new king has been born, who will reign over the land of Israel. They do so, and are directed to Bethlehem – which they hadn’t anticipated, but they must go to continue their ruse. They inquire and find out where there is a home with a young boy born roughly two years earlier, present gifts, and then return to Parthia. King Herod seeks after them as well as trying to eliminate the potential threat. Their plan has worked! But it has an unforeseen side effect. The parents of the child before whom they prostrated themselves take this as a miraculous sign, and tell the story to their son, raising him to believe that he will indeed become king…

What do you think? Should I flesh out this story? 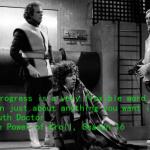 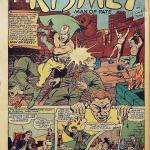 January 7, 2019 Sound Pedagogy and Genre Bending Assignments
Recent Comments
13 Comments | Leave a Comment
Browse Our Archives
get the latest from
Religion Prof: The Blog of James F. McGrath
Sign up for our newsletter
POPULAR AT PATHEOS Progressive Christian
1 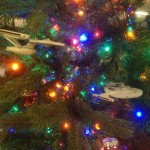