Doctor Who: Destiny of the Daleks

This episode is an important precursor to the modern era, as well as a successor to the episode The War Games. In the latter, the time lords impose regeneration on the Doctor, but allow him to choose his appearance – although as he rejects every proposal, with the result that they eventually decide for him, which results in the change of appearance from Patrick Troughton to Jon Pertwee. In this episode, Romana decides to regenerate, adopting Princess Astra’s form from the previous episode. When the Doctor objects, she tries on other faces and forms, which the Doctor decides are even less satisfactory. And so Princess Astra it is – and the version of Romana that would become so iconic, not least because of the chemistry between the two actors, but also because of the great stories from that era of Doctor Who.

In the episode, the Doctor reads a book called The Origin of the Universe, and remarks that it gets it wrong from the first line. He asks why they author didn’t ask someone who saw it happen. The author of the book is shown to be Oolon Colluphid, a name offered by Douglas Adams and used also in conjunction with his Hitchhiker’s Guide to the Galaxy series. This fictional author has been connected with a number of real-world prototypes, including Don Cupitt.

The episode’s action involves the Daleks and Skaro, and a race of androids called the Movellans, who are said to be “just another race of robots, no better than the Daleks.” There is quite a bit of focus on their robotic ineptitude, as the Doctor uses the game “rock paper scissors” to cause a robotic impasse of logic. The Movellans and the Daleks have both headed in this direction, one androids, the other cyborgs. Both have purportedly become slaves of logic. The Daleks, however, have sought Davros’s help to recover the organic element they had lost. That’s an interesting idea, although one that perhaps assumes that being basically mechanical or basically organic at one’s core makes an essential difference. Or perhaps that is not the point? If the Daleks could potentially recover what they had sacrificed in their effort to purge things like emotions even beyond the seminal vision of Davros, that suggests that even organisms can lose empathy and other characteristics that we tend to assume biological beings are capable of, and that mechanical beings are not. The episode is thus a good one for exploring questions about nature and nurture, logic and emotion, and what we might lose or gain if we begin tinkering with our own genetic code in the interest of making “improvements.” There is so much that could potentially go wrong…

If you’re inclined to reflect on how classic Doctor Who and the most recent episodes featuring Jodie Whittaker relate and compare to one another, take a look at the piece in Polygon about the moral wrestling – and purported lack of inner conflict – in the latest episodes. Do you agree with its assessment? 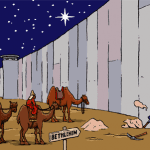 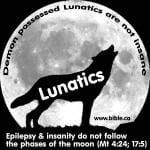