Jesus at Grandma’s House: What Jesus Learned in the Big City on a Hill

Jesus at Grandma’s House: What Jesus Learned in the Big City on a Hill March 8, 2019 James F. McGrath 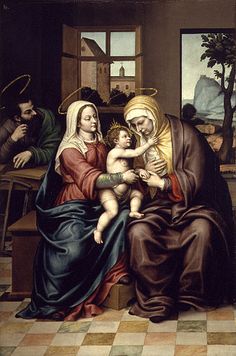 International Women’s Day seems like a good day to return to blogging about the book I am working on, What Jesus Learned From Women. I started this series with Jesus’ mother Mary, since unless one denies that Jesus was a human being, we can safely say that he learned from her. By the same token, we can say uncontroversially that Jesus learned from his grandmother and other female ancestors at least indirectly via the influence they had on Jesus’ parents. But I think we may be able to say more than that, and here I will give just a taste of the kinds of topics I have begun to explore and plan to explore in the chapter in the book about Jesus’ maternal grandmother.

There is good reason to treat the apocryphal Gospels with skepticism. Indeed, even the canonical Gospels deserve to be approached with a healthy dose! But just as we find that there are plausible details in the background of the Gospel of John’s contrived discourses couched in the author’s distinctive style, and just as I found there to be some tidbits of accurate knowledge about India in the background details of the Acts of Thomas, I think there may be reason to draw a similar conclusion about works such as the Infancy Gospel (or Protoevangelium) of James. There is no particular reason for a later author to be aware of Nazareth’s proximity to Sepphoris, much less to locate Mary’s parents there. And so I suspect that the author of that work may have embedded some known details in his work of historical fiction. If so, then between that and some general things that tended to be true about women in that time and place, we may be able to suggest at least a few things that Jesus is likely to have learned from his grandmother, and from visiting his grandmother (whose name, according to this text, was Anna) in the big city.

In writing about this, I’ll also need to take another look at the work Ken Dark has done in Nazareth. His archaeological research has led him to argue that there was a cultural divide between Sepphoris and Nazareth. In a sense, this might simply be confirmation of what we would have considered inherently probable anyway, namely that a Jewish village would be more monolithic and conservative than a Romanized urban center. If that is the case, it must be emphasized that that doesn’t mean there was no interaction between the city and the nearby village. That would be all but impossible, given the time and location. But it would impact the character of that interaction in most instances, and perhaps is Jesus’ case specifically. Dark’s work (as well as that of others) also suggests that Nazareth may have been reestablished not long before the time of Jesus, probably as part of an effort by Judaea to exert its influence on the Galilee. That has implications for the story of Jesus more broadly, although in ways that may or may not fit in this particular book.

Before proceeding, here are links to two recent blog posts that are also about the Infancy Gospel of James:

It is important to emphasize that the chapter is not going to be exclusively or even primarily focused on a treatment of this extracanonical source and its details. It is probably also important to emphasize that the discussion of Jesus visiting Sepphoris will likely be of interest, and explore an inherently plausible scenario, even if one thinks that there is nothing of any historical value whatsoever in the Infancy Gospel of James.

I’ll also explore the possibility that Jesus learned some approaches to healing from his grandmother, given that women were often the preservers, repository, and transmitters of what we would have to call ancient medical knowledge. Jesus used methods of healing that are evidenced from other sources – spittle and salves, for instance – methods that blur lines (from a modern perspective at least, but perhaps even in ancient times) between miracle, medicine, and magic.

In ancient times, women often died in childbirth, and when they survived that they still faced challenges to living as long as they can in the modern era. And so how likely is it that Jesus had a chance to know his grandmother at an age when he could learn from her and remember? I’ve seen the odds placed at about even, 50/50. As it happens, I never got to know either of my grandmothers. Both lived to see me, but not long enough for me to remember them. This means, among other things, that I’ll need significant input on this chapter not only to ensure that I do a satisfactory job of narrating this woman’s story in a way that women find authentic, but also to draw on the perspectives of those who have learned from their grandmothers in ways that I never had the chance to. And so I will take the opportunity to give you a chance to influence my book. What did you learn from one or both of your grandmothers? What do you think Jesus might have learned from his?

It is important to explore women’s stories in history, even or perhaps especially when they have in the past been written out of it. This inevitably involves some speculation and reconstruction around what is known with confidence. But it is crucial that we not allow the fact that men silenced women’s voices in various ways in the past as an excuse to maintain that silence in the present and future.

Also related to ancient women or other aspects of the topic of this post, and thus of possible interest:

How Now, You Secret, Black And Midnight Hags

How A Woman Should Dress (And Sacrifice) 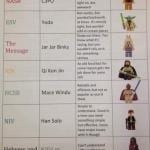 March 7, 2019
Judaism Rebooted, or a Crucified Messiah Retconned?
Next Post 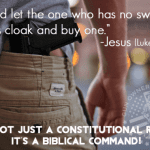 March 9, 2019 Carrying Swords for Jesus
Recent Comments
1 Comment | Leave a Comment
"I'll undoubtedly take a look at the book once it is in my local public ..."
James F. McGrath Mythicism, Monotheism, and Mandaeism
"This is interesting: Carrier just posted about his new book "Jesus in Outer Space" which ..."
John MacDonald Mythicism, Monotheism, and Mandaeism
"I agree that humans invented language for things. The meaning lies in us, but not ..."
EdwardTBabinski Inerrancy is for Slavery
"Though to be fair, my comment about growing bored after rereading even a great book ..."
EdwardTBabinski Inerrancy is for Slavery
Browse Our Archives
get the latest from
Religion Prof: The Blog of James F. McGrath
Sign up for our newsletter
POPULAR AT PATHEOS Progressive Christian
1