My visit to McCormick Theological Seminary was so engaging that even now I’m not done with blogging about interesting points that came up when I was there, and which I thought deserve further mention.

In conjunction with the discussion of canon there, the question was raised as to whether “retconning” is a helpful category for what we see Paul and other early Christians doing.

For those who may not be familiar with it, “retcon” is a verb created by contracting “retroactive continuity.” It means writing a new story in the present that reinterprets an earlier story in such a way as to harmonize things that would otherwise simply be contradictions between older and more recent material.

If that doesn’t describe perfectly what some Christians have done with the scriptures and idea of Judaism, then nothing does.

That doesn’t mean that this is all just crowbarring of poorly-fitting material awkwardly into some alien framework. Whether in Star Wars, Doctor Who, or any other franchise, the inconsistencies are often simply reflections of changes in author, special effects technology, or a failure to recall every detail of every single episode. A key aspect of understanding a canon or a tradition is to do justice to the fact that they can be both diverse and multifaceted, and reflect a common tradition nonetheless. To us the example that sparked this post, I think that there is definitely some genuine continuity between Paul and the prophets of ancient Israel, in relation to and in comparison with whom he understood himself. The challenge is to do justice to both that continuity, and Paul’s innovations and different context, without using the one to obliterate or attempt to deny the other.

There’s more to share that relates to canon. I only recently started using Google Alerts on subjects that interest me, and one drew my attention yesterday to an article in Insights Magazine, a periodical of the Uniting Church in Australia, that highlighted Canon: The Card Game! Please do read it. There are lots of exciting things happening at Butler University related to gamification, and I’m delighted to be involved and in some cases at the forefront of that. Canon: The Card Game is really the starting point for everything that happened subsequently, and is continuing to happen.

Where to start in an attempt to offer a companion to prequels, sequels, and retellings of classical epic when the reception of the genre is so ubiquitous and so all-pervading? Robert Simms’ edited collection of essays is a daring and stimulating first step, but unfortunately – or should we say necessarily – no more than that.

Think that’s going to be about Star Wars or something like it? Guess again. It’s a review of a book that is primarily about ancient authors like Ovid and Homer, although it then continues with modern authors like Margaret Atwood, Ursula Le Guin, and Nikos Kazantzakis. The overarching topic of the book – exploring variation, myth, epic, prequels, sequels, and so on – illustrates and highlights the continuity in these aspects of human storytelling from ancient times down to the present day.

Meanwhile, several images related to Star Wars and the Bible/canon/Christianity came to my attention. For instance, this came my way via Ron Smith on Twitter: 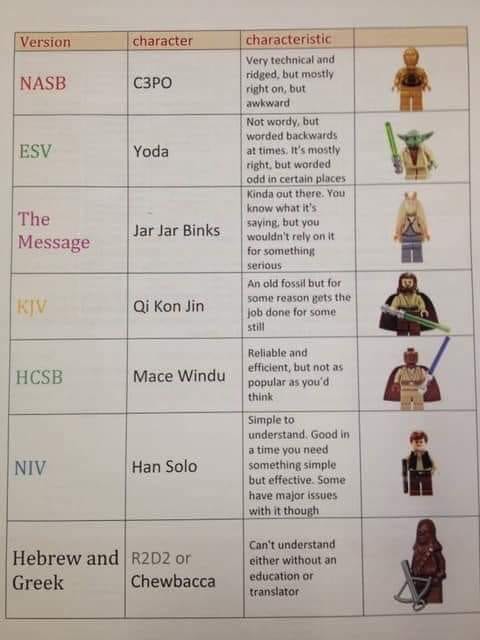 @ReligionProf a friend on fb posted this. I thought the chart funny, and thought it might give you and all my fellow theology nerds a chuckle pic.twitter.com/S4799n12yt 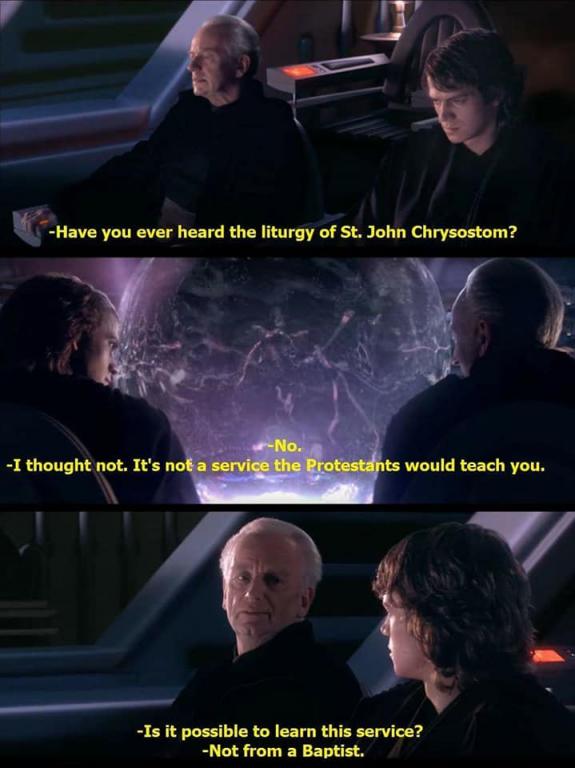 That one obviously connects with my interest not only in Star Wars and religion, but also with music. Sergei Rachmaninov’s setting of the Liturgy of St. John Chrysostom is probably the best known outside of strictly ecclesiastical circles. And it raises questions of a canonical sort as well, since it is a composition whose exact use is unclear, since it is more likely to be performed in a concert hall than a church – without the eucharist or other such components being part of the experience. 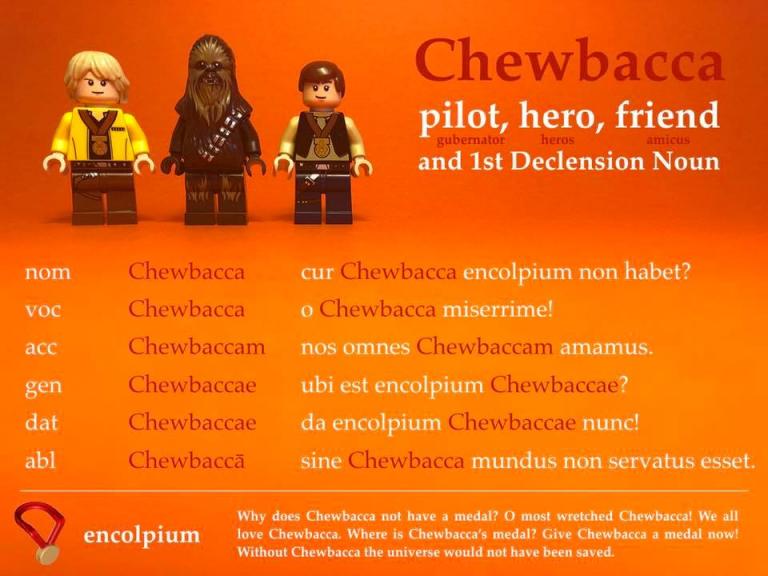 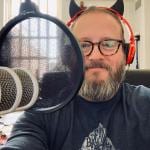 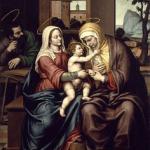 March 8, 2019 Jesus at Grandma’s House: What Jesus Learned in the Big City on a Hill
Recent Comments
6 Comments | Leave a Comment
Browse Our Archives
get the latest from
Religion Prof: The Blog of James F. McGrath
Sign up for our newsletter
POPULAR AT PATHEOS Progressive Christian
1