Students regularly submit assignments in which the name Pilate is spelled Pilot. That shows they haven’t done reading or something worse. But puns along these lines are a different story. I found myself asking my Sunday school class to think about how they envisage the Gospel authors composing their accounts of Jesus before Pilate. Where did they get their information? Why are they different?

It is worth digging into such details and the processes that might have led to the production of the texts we are reading. Not asking the questions leads to a likelihood that they will be read uncritically, perhaps even credulously. For instance, did Matthew interview Pilate’s wife (named Claudia, Procula, or anything else)? Or do readers imagine that Jesus rose from the dead, appeared to those who would eventually become authors of Gospels, and instructed Matthew to include a mention of Pilate’s wife having a dream, while telling John to have Pilate move back and forth between indoor and outdoor settings, between Jesus and the Jewish leadership?

Does it not make more sense to envisage John attributing dialogue to Jesus and Pilate that fit his needs and what he imagined that these individuals would have, perhaps “must have”, said in such a context?

As my Sunday school class learned, I am not above using a lengthy and perhaps somewhat convoluted set-up as a means to creating a context in which I can make a pun. And so I posed the question to them in those terms: Is this a case in which the Gospel authors take “Pilate license”?

And if they get the facts about what happened between Jesus and the Roman procurator wrong, we can always call that “Pilate error.” 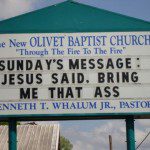 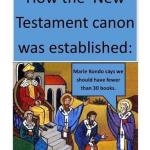 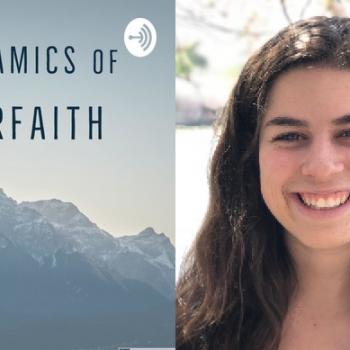