Is an Appeal to Consensus an Argument?

It is a summarized reference to conclusions drawn by the majority of experts after engaging in arguments spanning decades and often longer. Those arguments cannot be repeated every time a subject comes up, and should not need to be, although it is a common internet debate tactic to pretend that this is the same thing as either an appeal to authority or argumentum ad populum. It is neither. The former refers to treating one expert as though they must be right, the latter to popular opinion which is not the same as expert opinion.

The experts can of course be wrong. But it is less likely that they are wrong and a poorly-informed googler is right, than that they are right. And if the majority of experts are wrong, it is more likely that the right conclusion will emerge as a result of ongoing investigation and debate by those experts or their successors.

Do you agree? What are your thoughts on this?

Of related interest, Christoph Heilig has been trying to engage with mythicism, and specifically Richard Carrier’s misuses of Bayes’ Theorem, over on the Vridar blog. Since I avoid getting caught up in that morass over there, having learned from past experience, let me share here what Christoph wrote, beginning with his explanation of his use of Bayes’ Theorem in his recent book Hidden Criticism?, and about which he blogged in March in response to a review of that book:

When writing the whole section, I did not have Carrier in my mind as a potential opponent. I was pre-emptively dealing with some objections I anticipated from some of my colleagues – objections I had already encountered when presenting earlier stages of my assessment. I had noticed a certain defensive attitude towards my argument, which was in part entirely understandable to me. For every once and a while, someone in our discipline comes along and introduces a new “method” from another discipline, claiming that it will – finally – result in objective interpretation and that all other scholars have to follow him or her, with this approach being outdated the next year or so (e.g. Greimas’s structural analysis of stories). To those colleagues I wanted to say: ‘Don’t reject my proposal because you assume it makes such an assumption. I am not claiming that traditional historical work is wholly subjective and thus worthless and that it now has to replaced by an objective calculus. Familiarity with historical sources, their languages, and contexts, will always remain necessary, even if one adopts a Bayesian approach.’ So when speaking of “the historian” and “the mathematician” I was simply referring to our roles as scholars: we would not be just sitting their with our calculators, we’d still have to do detailed historical work in order for our calculations to work. (Plus, I don’t think that it makes sense to use actual numbers so often, but that’s another matter that I discussed elsewhere.)

I then adduced Carrier in a footnote because I was afraid that somebody might have taken a look at his work, disliked it, and might now think that he or she also had to reject my approach. To them I wanted to signal that I do not think that Carrier’s argument is compelling at all and that his adaptation of Bayes’s theorem should not be taken as an indicator of what could and couldn’t be done with Bayesian reasoning.

By the way, of course it is entirely appropriate to use Bayesian reasoning to ask questions about the historicity of a certain figure – be that Moses, David, Jesus, Paul, Homer, Brutus, etc. To the contrary: my most basic claim defended towards my colleagues was that as soon as you say things like “evidence X confirms hypothesis Y, which is thus the most probable explanation,” etc. you automatically have to follow Bayes’s theorem in updating your subjective beliefs, whether you do so intentionally or not.

I should probably not made the comment on Carrier’s “horrible” analysis, because I completely understand that this automatically causes the wish for further elaboration, something I have consciously not offered so far in my writing. I will mention, but not discuss in detail, a single example that everybody who’s interested in the matter can look at for him- or herself. Carrier translates Ἰάκωβον τὸν ἀδελφὸν τοῦ κυρίου as “a certain ‘brother James.’” To say that this wording might actually “favor” the myth-hypothesis must be very surprising to anybody who has a working knowledge of Greek and knows the texts in question. (Again, it’s not that I would not “permit” the hypothesis to be considered – discussions about the identity of people with the same names in antiquity are common, also among biblical scholars, btw.) It is in any case completely beyond me how anybody who’s familiar with Bayes’s theorem might come up with the likelihoods he suggests. There is absolutely no other context, in which Bayesian reasoning is used, where anybody would be willing to use a data set of 2 (!) items to give a likelihood without specifying the uncertainty. If Carrier actually wanted to use actual numbers, fine. Just go through the early Christian literature and see how often the phrase is used for physical relatives on the one hand and believers on the other – and how often other formulations are used for both concepts! It’s just completely wrong to make any claim about how “expected” a certain word choice for a given meaning is if alternative lexical realisations of that meaning are not even taken into account. To say: “So my most sceptical estimate is that this is just what we’d expect on mythicism (for Paul to occasionally, and in contexts most demanding it, refers to other Christians as ‘brothers of the Lord’).” How often Paul used this phrase or not for other Christians unfortunately does not tell one at all whether you’d “expect” this wording if the author wanted to refer to other/another Christian/s. That’s just not how we estimate likelihoods. Period. I don’t know what else to say about that. It’s demonstrably wrong and I actually still can’t really believe that Carrier is serious about that. Plus, the whole discussion of course displays astonishing ignorance concerning the secondary literature – Carrier even seems to assume that since/if James of 1:19 is the same as the one in chapter 2, he must be the brother of the apostle John (who, of course, had been executed in 44 CE), etc. There’s just so much wrong in this short discussion, such a disregard for Greek syntax and semantics, relevant secondary literature, even very foundational historical information that can be found in every encyclopaedia, and of course an utter misunderstand of how likelihoods are to be determined that I don’t think the work deserved to be taken seriously at all. In any case, I didn’t feel comfortable that what I was trying to establish – paying attention to Bayes’s theorem – might have been discredited among some of my colleagues, who by any chance might have come across Carrier’s strange meanderings.

That’s not the entirety of his earliest comments, but the part that seems most straightforward to excerpt.

I’ll provide more of his comments from there on separate pages here, for those who may be interested in reading further. 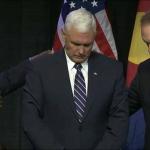 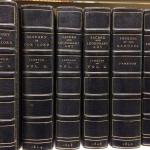 May 18, 2019 Smartphone as Mobile Library
Recent Comments
27 Comments | Leave a Comment
Browse Our Archives
get the latest from
Religion Prof: The Blog of James F. McGrath
Sign up for our newsletter
POPULAR AT PATHEOS Progressive Christian
1

Because of the Fall: More on the Origin...
I have already shared one recent interview I did about my work...
view all Progressive Christian blogs
What Are Your Thoughts?leave a comment
Copyright 2008-2020, Patheos. All rights reserved.