After becoming a born-again Christian in my teens, I thought I faced persecution. I became a vocal proclaimer of the gospel as I understood it. Not everyone agreed with me. Some around me gave expression to what might be called “New Agey” types of viewpoints. People didn’t typically repent of their sins and convert to an Evangelical form of Christianity in response to my efforts. I considered it a hostile environment.

I had no idea.

This might be excusable when one considers my age at the time. When we are immature teenagers, we often view things as us against the world. But such immature views should not persist into adulthood. When they do, they can become downright dangerous – especially if the person who holds the view ends up being elected to a high political office.

And so it is that John Fea writes about this issue in the Washington Post, responding to recent remarks by American Vice President Mike Pence:

Vice President Pence on Saturday warned the graduating class of Liberty University to be prepared to suffer for their faith. “The truth is,” he told an audience of over 40,000 attending the commencement ceremony, “we live in a time when the freedom of religion is under assault.”

Pence said that Liberty graduates should expect to be “ridiculed” for their biblical beliefs, much in the same way that his wife, Karen Pence, was criticized for taking a job teaching art at a Christian school that opposed same-sex marriage.

According to one estimate, in 2016, a Christian was killed for his or her faith every six minutes. Today, the persecution of Christians and other religious minorities is rampant, especially in the Middle East. The Islamic State has forced nearly 5 million Syrian Christians to flee for their lives.

Pence is an evangelical Christian. And while fellow members of his religious tribe face a few challenges to their religious liberties, especially when it comes to Christian institutions committed to traditional views on marriage, these challenges pale in comparison with what those who name the name of Jesus Christ are facing worldwide.

Pence’s persecution complex should not surprise us. Evangelicals in America have seen themselves as victims since the 1960s. The Christian Right emerged in the 1970s with an agenda focused on returning prayer and Bible reading to public schools, resisting demographic change in the wake of new immigration, defending segregation in Christian academies, overturning Roe v. Wade and stalling the gains of the feminist movement.

The movement gains strength by scaring evangelicals into believing that they are constantly under attack. Without this discourse of victimhood, the donations will stop, and the Christian Right will lose its hold on the levers of power within the Republican Party.

At one point in Pence’s speech on Saturday, he gave a moving testimony about his conversion experience. It was a powerful story of redemption and faith. But in the context of Jerry Falwell Jr.’s Liberty University and the rest of the Pence speech, it seemed that the vice president was suggesting that an evangelical conversion will naturally lead to Christian Right politics and the unrelenting support of an immoral president. It does not.

For Pence, who came of age spiritually and politically at the time of the Christian Right’s ascendancy, there is little difference between evangelical faith and a political agenda. He sees the world in black and white. It is “us vs. them” in an epic battle for the soul of the nation.

And the Liberty University crowd, students and supporters of what Falwell Jr. claims to be the largest Christian university in the world, cheered. At one point the crowd even began a chant of “U.S.A., U.S.A., U.S.A.”

May 15, 2019
ReligionProf Podcast with Brian Wesolowski, Part 2
Next Post 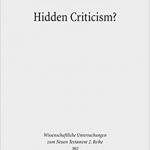 May 17, 2019 Is an Appeal to Consensus an Argument?
Recent Comments
3 Comments | Leave a Comment
Browse Our Archives
Follow Us!