I was delighted when I was offered the chance to attend an advance screening of the movie Tolkien. One of the first things I did was to try to secure at least one additional ticket so that I could bring along my friend and colleague Frank Felice. He is probably the biggest fan of J. R. R. Tolkien that I know (and as you can probably guess, I know a lot of Tolkien fans). He knows the details of Tolkien’s biography to an extent that simply awes me. And so he has had a fair amount of trepidation about this movie, as one might imagine. I will not list all of the examples of creative license that he identified, but will emphasize this: the movie is good, provided one is able to tolerate the kinds of dramatizations and alterations that are par for the course in biopics. To quote Frank, “I feel less curmudgeonly about this than I was about Lord of the Rings.” If you could forgive or at least tolerate what Peter Jackson did to the novels, or perhaps I should say if you can accept that such things, however sacrilegious, can at least help introduce new fans to the actual books and so can serve a useful purpose despite their flaws, then you will have no problems with this movie, which provides enough information that is accurate or at least true in broad outline that it will on the whole serve a useful function, leaving many people slightly better informed about Tolkien’s life than they would have been otherwise.

The efforts to work in swordfights as children, a lamp that cast fantastic shadows on the walls, and wraithlike motions in the smoke and gas of the WWI battlefields came across as heavy handed. Many people played such games as children or have fought in a war, but only Tolkien wrote the novels of Middle Earth, and so these experiences didn’t seem to offer anything in the way of explanatory power. Some liberties were apparently taken with the details of his academic experience – both the distractions (apparently he actually stole a bus, but didn’t suffer consequences, and his longstanding friends who called themselves the TCBS, short for Tea Club Barrovian Society, were not involved) and the accomplishments (how he connected with Professor Wright and began to pursue linguistics). However, provided one accepts such dramatic license, there is a story of intellectual journeys of students and authors that are deeply moving and ultimately true not in the sense that every detail transpired as depicted on-screen, but in the sense that it reflects in dramatized form something that is important and a part of the experience of many. The TCBS were a group of four students who each had a passion – visual art, poetry, literature, and music – that their parents or guardians ironically were able to appreciate in the abstract, and yet did not support them pursuing professionally. And in Tolkien’s case, finding his way to writing the stories of Middle Earth by way of discovering aptitude and passion for linguistics and getting into academia happened via a circuitous route that many will be able to relate to. Tolkien was for a long time an intellectual underachiever, not because he wasn’t capable, but because he hadn’t discovered the way to connect his studies with his passion in a manner that motivated him to apply himself. (He was also prone to distraction in a manner that the movie doesn’t entirely depict. Apparently he was rather less shy and reserved than the movie portrays).

Given my interest in religion, I was on the lookout throughout the film for such elements. They were there, but given the importance to Tolkien of his Catholic faith, there was much less about this than there could and probably should have been. He is shown as a young student in a new school not knowing the words to the hymn “Immortal, Invisible.” The role of a priest in his life from early on, due to the death of his father, is highlighted, and Father Francis Morgan continues to play a role throughout his life. He plays a role in discouraging his relationship with the fellow orphan and housemate who will eventually become his wife, Edith. He also delivers some important lines related to religion, saying that he finds that no modern words are useful in comforting those who’ve lost their children in the war. Instead, he quotes from the liturgy. There is, he says, comfort that can be found in language that offers distance, in ancient things.

The soundtrack by Thomas Newman worked well for the film.

There is a lot more that I could say in terms of the details. Very briefly, I will say that the movie continually flits back and forth between Tolkien in the midst of WWI and suffering from trench fever, and his earlier life, before ending with him as a professor, married and with children. His relationship with Edith is a major focus – it is a love story – and so too are his friendships, highlighted throughout but also in his statement towards the film’s end that he has begun working on a story that will be about many things, among which is fellowship or friendship.

Rather than say more, I will simply end by saying that the movie is definitely worth seeing. If you have no interest in fantasy literature of the sort that Tolkien wrote, but enjoy period dramas and biographical films, then you will enjoy this. The movie isn’t about The Hobbit or The Lord of the Rings, but about the author who eventually wrote them. It is a movie about facing hardships and struggling to succeed in a setting in which those around you are privileged. It is not a movie focused on faith and its importance in sustaining this particular author throughout his life (including but not limited to his activity as an author), but it certainly does highlight the role of the church and of clergy in providing practical support and mentorship. And of course, those who are fans of Tolkien’s books should watch the movie. Even the best-informed and most likely to be disgruntled about liberties taken are likely to find that it is as good as or better than other films in the biopic genre.

I recommend seeing it, and when you do, hope you’ll take the time to comment here and let me know what you thought of it – and whether it leads you to decide to do some reading, whether from in the genre of biography or of fantasy! 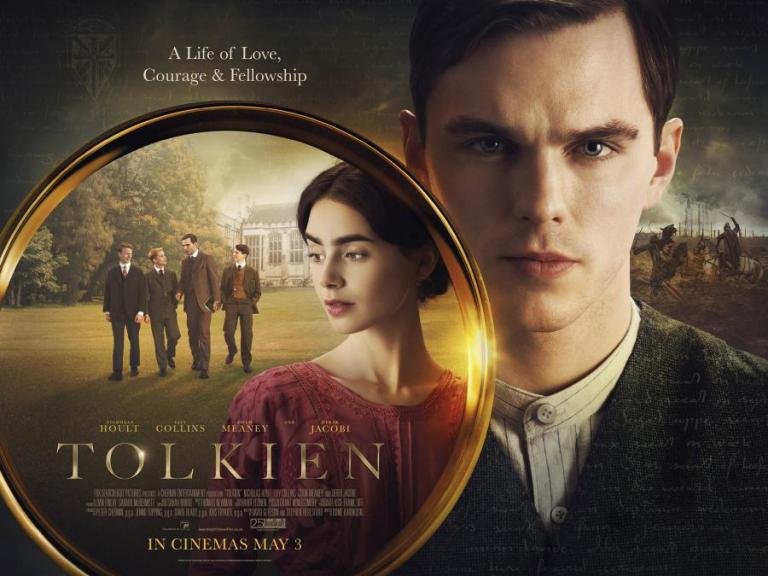 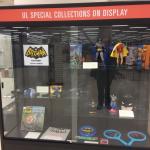 May 1, 2019
ReligionProf Podcast Special: Batman in Bowling Green
Next Post 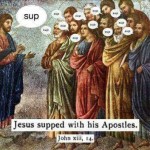 May 3, 2019 What Happened to the Twelve Apostles?
Recent Comments
9 Comments | Leave a Comment
"And happy April Fools! I hope you're getting your prank on! https://www.youtube.com/wat..."
John MacDonald Barton Breen Quote About Inerrancy
"No real place to post this, but I wanted to share I'm very excited to ..."
John MacDonald Barton Breen Quote About Inerrancy
"I notice that Johnson provides a link to a book by Kenneth Humphreys. I don't ..."
David M Copycat Anti-Religion
"Well written. Good insights. I enjoyed the show.As to a resurrected Picard in the android ..."
Dalek1963 Gods of Star Trek: Picard
Browse Our Archives
Follow Us!

The Battle For Eucharist
There was a scandal in early Methodism about Eucharist at some point....
view all Progressive Christian blogs
What Are Your Thoughts?leave a comment
Copyright 2008-2020, Patheos. All rights reserved.