What Jesus Learned from Mary of Bethany

Across the Gospel tradition, a trio of siblings who reside in Bethany make several highly significant appearances. Lazarus gets most of the attention, perhaps understandably, not always being singled out as possibly the author of the Fourth Gospel, but because he is central to a story in which he is raised from the dead, which was bound to draw attention. But his sisters do not deserve to be neglected, and they are also said to be close friends of Jesus.

Lazarus probably reflects the Galilean pronunciation of the name Eleazar (see Ruth Edwards, Discovering John). This raises an interesting question: does this suggest that Lazarus and/or his family were from Galilee? We would expect Jesus to rely on extended family and other similar connections when traveling.

The story of Mary and Martha in the Gospel of Luke is an important one that is often discussed as an expression of Jesus’ view of women. Kate Cooper writes in Band of Angels, “Luke gives us a Jesus who wants to change the place of women in the spiritual landscape…Luke sends a clear message that Jesus welcomed women to his circle of disciples” (p.42).

The question that I want to raise is whether this was already true prior to this incident, or becomes Jesus’ stance during and as a result of it. I would have expected things to unfold differently if Jesus had already said that women should set aside their usual cultural responsibilities and learn from him the same as men do. Then we might expect Jesus to rebuke Martha and also to praise Mary differently. But note that Jesus does not either criticize Martha for failing to follow his own instructions sbout this sort of matter, or praise Mary for having done as he previously instructed. What he says is that Mary has made a choice, and what she has chosen will not be taken away from her. That does not sound like we are witnessing business as usual. It sounds as though Mary has done something creative and daring, and Jesus is approving of it. She has made a courageous move to place herself among his male students, in a desire to learn from him. At the same time, Jesus is learning something from her. Something that will become part of his own teaching, to be sure. But it is, like all that humans teach, something that he first learned, that he worked out as something he wants to emphasize not by abstractly reflecting on gender roles, but by witnessing a woman daring to transgress the constraints of the place assigned to her by social norms of her time.

There are two possible ways that we might understand the nature and significance of Mary’s action, and thus what Jesus took away from it. On the one hand, it may well be that Jesus had previously affirmed that women were welcome to learn as long as their usual responsibilities were taken care of. If that was the case, then this marks a shift towards greater equality, as Jesus affirms the appropriateness of women leaving male needs uncared for while they sat and learned. On the other, it may be that Mary was actually situating herself as disciple when no woman had done so, or been invited to do so, previously.

Either way, the implications of her action and Jesus’ affirmation become clear if we think about what Martha had been doing. This was their home. It was their responsibility to cater to the needs of their guests. Jesus is allowing those responsibilities to be set aside. Some will have wondered how the disciples will ever eat if Jesus adopts this stance. Culturally, it is almost as revolutionary as saying the dead should bury their dead. If those traditionally responsible in their culturally subordinate roles do not do what has traditionally been expected of them, how will anything get done, whether feeding guests or burying dead parents? Jesus would eventually answer that question, it seems – but I’ll leave exploring that for the book…

Janet Sunderland wrote about this Mary and two others.

The Commonweal article about women deacons is also somewhat related. 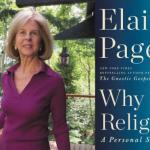 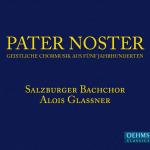