I want to tell you two stories.

The first one is really disturbing, so prepare yourself.

Once upon a time there was a middle-class American family. The dad lost his job and couldn’t get a new one. So the mom had to go to work to pay the family bills. This caused tension in their marriage, as the husband wasn’t performing his manly role as provider. The marriage relationship became strained, with the wife accusing the husband of not fulfilling his responsibility as “man of the house.” The husband started renting porno movies and watching them in secret while his wife worked. Before too long, he began raping his little daughter. The mother figured out what was going on, but instead of calling the police, she became more hostile toward both her husband and her daughter (even physically abusing her). The family secret got out in the neighborhood and–again instead of calling the police–one of the man’s friends asked for his turn with the little girl. “I’ll keep quiet, old buddy, if we can share and share alike.” Finally the horrific situation is discovered by the family doctor when he diagnoses Lisa, the little girl, with herpes. But, again, instead of calling the police the doctor tells the husband to turn to God. The husband confesses, “I never meant for this to happen. It all started when my marriage began falling apart. I lost my job and my wife had to go to work. I started drinking and my wife started pulling away from me…Linda doesn’t have any respect for me any more. I can’t even make a decent friend. I guess I’m a total failure.” The doctor leads the husband to pray for forgiveness and salvation, and then he goes home and leads his wife to salvation, promising “Now I’m going to be the husband and father that God intended me to be.” The story ends with the parents calling out to Lisa, the little girl who was raped and abused by them. She stands in the doorway, clutching her teddy bear. Her parents promise her, “Your daddy and I will never hurt you again…We love you, and Jesus does too.” No one ever calls the police.

This story is so disturbing I almost couldn’t retell it. It is from a 1984 Jack Chick tract called “Lisa.” It was withdrawn relatively quickly (a rarity for Chick tracts), because it was so disturbing. I am not sure how widely it was circulated. But we know that Chick tracts overall have been translated into more than 100 languages and (they claim) more than 800 million have been distributed. We also know that “Lisa”  did circulate because we have an eye witness account of someone who received the tract. A fervent evangelist apparently knocked on the door of a  member of the punk rock band Alice Donut (formed 1986 in New York) and handed them the Lisa tract. The band found it so bizarre they wrote the song “Lisa’s Father.”

Here is how the song begins:

“I was sitting at home just the other day watching some TV, when there’s a knock on my door. And I went to the door to see who it was, and it was a woman with no eyes. And she had a stackful of comic books. And she gave me one and then she said: “Take it and read!” And so I took it, and I did read. And the story was so moving and compelling that I had to write a song about it. It wasn’t one of your regular comic books, rather it was one of those comics by Chick publications out of California, one of those comic books that’s meant to convert you to fundamental christianity. And it was as story about a family…”

Not only did Jack Chick create the disturbing tract “Lisa,” but it was circulated by evangelicals as a witnessing tool to introduce people to Jesus. It was well-known enough to make it into contemporary music.

Indeed, this tract is so horrifying that I STRONGLY suspect most readers are troubled–if not flat out appalled–by it.

I am less confident, however, that readers are troubled by the gender assumptions un

According to the testimony of

both the father and the mother, it was the marriage breakdown that precipitated the child abuse. The father relinquished his role as provider and “man of the house” which caused his wife to stop respecting him and to withdraw from him. His frustration and emasculation led to his sexual aggression and deviance, which further eroded the marital relationship. Instead of protecting his family, the father was now lending out his child as a sex slave. We can almost see Bill Gothard’s umbrella of protection looming over the tract–because the father had absconded his responsibility to provide for and protect his family, the whole family was being destroyed.

Lisa is built on a premise that makes sense to conservative evangelicals: the husband should protect and provide for his family, and when he doesn’t fulfill his role, it harms his family. As John Piper wrote in 2007: “headship is the divine calling of a husband to take primary responsibility for Christ-like, servant leadership, protection, and provision in the home….the husband who leads like Christ takes the initiative to see to it that the needs of his wife and children are met.”

Lisa is an extreme story, but–for many modern American evangelicals–the assumptions about male and female roles are pretty normal. Men are providers and protectors. Men are the initiators of faith, just as the husband got right with God first and then led his wife to do the same. Women should follow the lead of their husbands and respect them (remember how Lisa’s father blamed his downward spiral on his wife losing respect for him….).

Now it is time for my second story. This one is rather different.

It, too, is the story of a family. A rich family in which the husband was not the spiritual leader. In fact, he hated doing religious things and forbade his wife to care for the sick in their community. One day, when he was out hunting, a leper knocked on their door and begged for help. The woman completely ignored her husband’s order and brought the sick man into their house. She fed him and cared for his sores and wounds. When the leper asked to rest, she tucked him into their own silken sheets. Of course, the husband came home early. When he tried to enter their bed chamber, claiming he was tired from the long day in the saddle, his wife tried to stall him. She knew he would be angry to find a sick man sleeping in their bed. But the husband became suspicious and angry, of course–so angry that he broke down the bedroom door. Yet when he went inside, he found only a clean and sweet-smelling room. The bed was completely undisturbed. The wife, who knew she had left a sleeping leper in the bed, realized that they were witnessing a miracle. She immediately told her husband what had happened. He was so astonished that he converted. From that time foreword, the husband worked with his wife in caring for lepers.

This story predates Lisa by at least 500 years. This particular version comes from a fifteenth-century English sermon manuscript which is today housed at Salisbury Cathedral (Jacob’s Well). The story about the woman and the leper, however, circulated in many religious manuscripts and seems to have been a rather popular and rather ordinary tale.

What a different story!

In the Jack Chick tract, biblical womanhood is presented as passive and secondary to male leadership. When the wife steps outside of these patriarchal bounds, she becomes shrewish, unhappy, and a danger to her children. Even worse, when the husband steps outside his divinely-ordained role, he becomes a sexual predator and his whole family falls apart. The medieval sermon stands in stark contrast. The wife takes on a more active role. She is divinely rewarded for both her piety and defiance of patriarchal authority (even at the risk of her own life). It is through her actions and recognition of the miracle that her husband is led to faith.

What is my point?

Biblical Womanhood is not a constant ideal.

In January I will start my new series on the Historical Problem of Patriarchy for Evangelical Christians. I hope you will join me. It is time to disrupt the evangelical narrative of biblical womanhood. 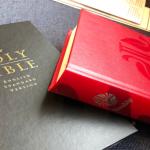 November 13, 2018
How Different Are Mainline and Evangelical Protestantism?
Next Post