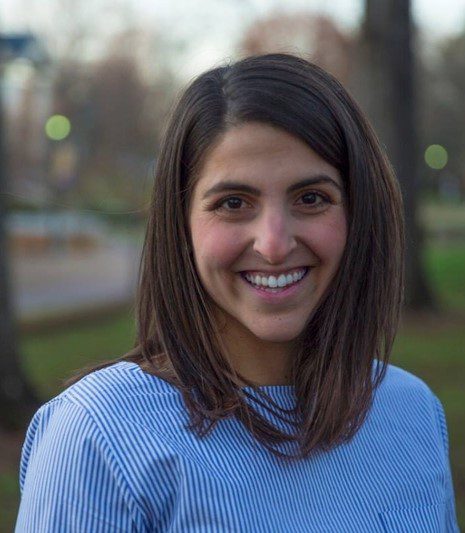 Ansley Quiros (B.A., Furman University, M.A/Ph.D., Vanderbilt University) is an Associate Professor of History at the University of North Alabama, where she teaches course on modern American history, race, and religion. She is a part of the Young Scholars of American Religion and co-director of the Civil Rights in the Shoals Project.

Ansley’s award-winning first book, God With Us: Lived Theology and the Freedom Struggle in Americus, Georgia, 1942-1976 (University of North Carolina Press, 2018) told the story of the struggle over racial justice and Christian theology in Southwest Georgia during the civil rights movement. She has also written about the life of Florence Jordan, co-founder of Koinonia Farm and wife of Rev. Clarence Jordan, and about Freaknik, an Atlanta street party in the 1990s. Her current project, Committed: the Lives, Work and Love of Charles and Shirley Sherrod, is a biography of married activists Charles and Shirley Sherrod, whose rooted commitment demonstrates the historical complexities of racism in America and offers a model for an activism of loving presence. She has also contributed to the Washington Post, and The Gospel Coalition. You can find Ansley walking a golden retriever around Florence, Alabama and also on Twitter @ansleyquiros.