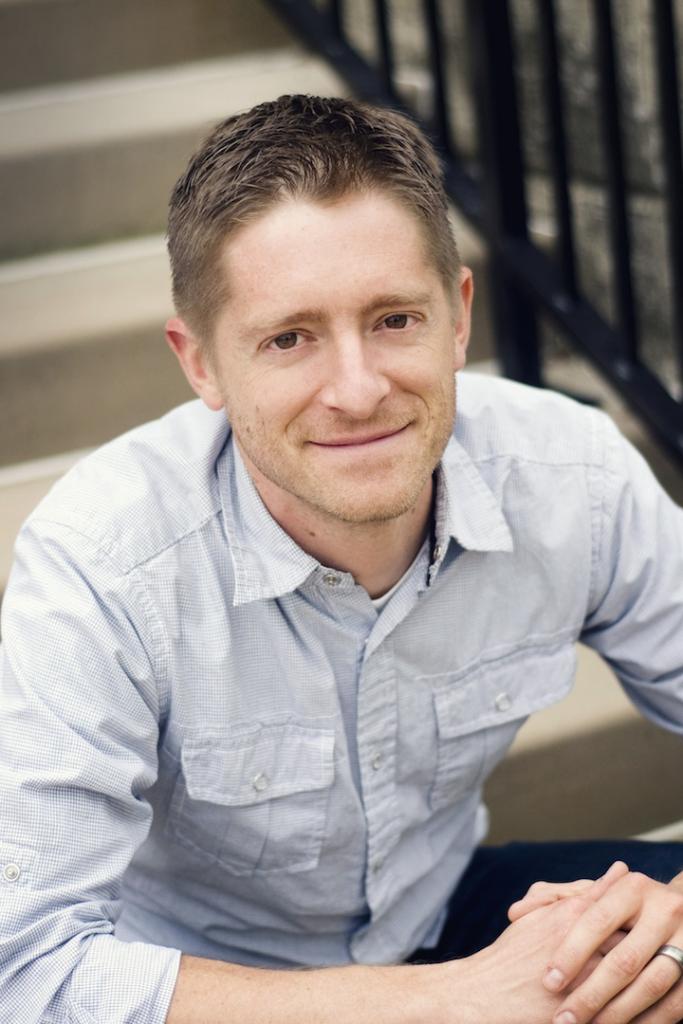 David R. Swartz teaches history at Asbury University and is the author of Moral Minority: The Evangelical Left in an Age of Conservatism (University of Pennsylvania Press, 2012) and Facing West: American Evangelicals in an Age of World Christianity (Oxford University Press, 2020). He is currently working on projects related to transnational evangelicalism, the American evangelical antitrafficking movement in Southeast Asia, and Civil War memory in Jessamine County, Kentucky. He is the founder and faculty sponsor of Plowshares, a Central Kentucky group that promotes peace and reconciliation. 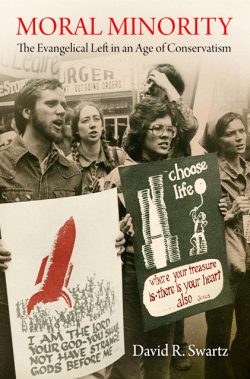 The Evangelical Left in an Age of Conservatism

In 1973, nearly a decade before the height of the Moral Majority, a group of progressive activists assembled in a Chicago YMCA to strategize about how to move the nation in a more evangelical direction through political action. When they emerged, the Washington Post predicted that the new evangelical left could “shake both political and religious life in America.” The following decades proved the Post both right and wrong—evangelical participation in the political sphere was intensifying, but in the end it was the religious right, not the left, that built a viable movement and mobilized electorally. How did the evangelical right gain a moral monopoly and why were evangelical progressives, who had shown such promise, left behind?

In Moral Minority, the first comprehensive history of the evangelical left, David R. Swartz sets out to answer these questions, charting the rise, decline, and political legacy of this forgotten movement. Though vibrant in the late nineteenth century, progressive evangelicals were in eclipse following religious controversies of the early twentieth century, only to reemerge in the 1960s and 1970s. They stood for antiwar, civil rights, and anticonsumer principles, even as they stressed doctrinal and sexual fidelity. Politically progressive and theologically conservative, the evangelical left was also remarkably diverse, encompassing groups such as Sojourners, InterVarsity Christian Fellowship, Evangelicals for Social Action, and the Association for Public Justice. Swartz chronicles the efforts of evangelical progressives who expanded the concept of morality from the personal to the social and showed the way—organizationally and through political activism—to what would become the much larger and more influential evangelical right. By the 1980s, although they had witnessed the election of Jimmy Carter, the nation’s first born-again president, progressive evangelicals found themselves in the political wilderness, riven by identity politics and alienated by a skeptical Democratic Party and a hostile religious right.

In the twenty-first century, evangelicals of nearly all political and denominational persuasions view social engagement as a fundamental responsibility of the faithful. This most dramatic of transformations is an important legacy of the evangelical left. 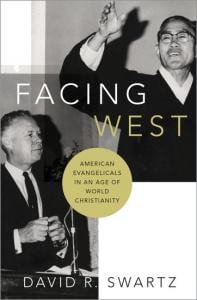 American Evangelicals in an Age of World Christianity

In 1974 nearly 3,000 evangelicals from 150 nations met at the Lausanne Congress on World Evangelization. Amidst this cosmopolitan setting — and in front of the most important white evangelical leaders of the United States — members of the Latin American Theological Fraternity spoke out against the American Church. Fiery speeches by Ecuadorian René Padilla and Peruvian Samuel Escobar revealed a global weariness with what they described as an American style of coldly efficient mission wedded to a myopic, right-leaning politics. Their bold critiques electrified Christians from around the world.

The dramatic growth of Christianity around the world in the last century has shifted the balance of power within the faith away from traditional strongholds in Europe and the United States. To be sure, evangelical populists who voted for Donald Trump have resisted certain global pressures, and Western missionaries have carried Christian Americanism abroad. But the line of influence has also run the other way. David R. Swartz demonstrates that evangelicals in the Global South spoke back to American evangelicals on matters of race, imperialism, theology, sexuality, and social justice. From the left, they pushed for racial egalitarianism, ecumenism, and more substantial development efforts. From the right, they advocated for a conservative sexual ethic grounded in postcolonial logic. As Christian immigration to the United States burgeoned in the wake of the Immigration Act of 1965, global evangelicals forced many American Christians to think more critically about their own assumptions.

The United States is just one node of a sprawling global network that includes Korea, India, Switzerland, the Philippines, Guatemala, Uganda, and Thailand. Telling stories of resistance, accommodation, and cooperation, Swartz shows that evangelical networks not only go out to, but also come from, the ends of the earth.