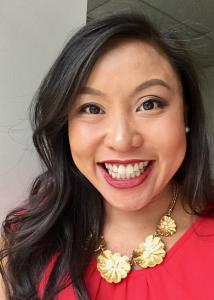 She researches migration, religion, politics, race, and ethnicity in the United States and the Pacific World, with special attention to how Asian American religious beliefs and practices have developed in the context of pluralism, migration, and the modern American state. Her book, Follow the New Way: Hmong Refugee Resettlement and Practice of American Religious Pluralism (under contract, Harvard University Press) draws on oral history and archival research to investigate the religious dimensions of American refugee care—how governments have expanded capacity through partnerships with religious organizations and how refugee policies have shaped the religious lives of refugees. Animating her work is a deep fascination with how new religious diversity has complicated old practices of governance and, in turn, how Americans have attempted to govern new religious diversity. Her work appears in The Oxford Handbook of Religion and Race in American History, Shaped by the State: Toward a New Political History of the Twentieth Century, The Oral History Review, Religion Dispatches, and Harvard Divinity Bulletin.

She has been awarded the ACLS/Mellon Fellowship and Charlotte Newcombe Fellowship, and her research has been supported by the Institute for Religion, Culture, and Public Life; the Immigration History Research Center; the Center for the Study of World Religion; and the Charles Warren Center for Studies in American History. She is a 2018 Young Scholar in American Religion and co-chair of the American Academy of Religion’s “Asian North American Religion, Culture, and Society” group.