Written Islands in an Oral Stream

I was delighted to learn that the Festschrift for Jimmy Dunn on his 70th birthday, Jesus and Paul, has now been released as a paperback, which makes it much more affordable. I contributed the first chapter, on one of the many topics that Dunn has devoted his attention to over the years, namely oral tradition and memory, and how the study of those processes should affect our understanding of the Gospels and the relationship between them. My chapter is called “Written Islands in an Oral Stream: Gospel and Oral Traditions.” Here’s my conclusion:

Scholars are on the whole well aware of the relevance of orality as a consideration. What remains a challenge is finding ways to consistently do justice to the complexity of the situation, and incorporate the insights of the broader scholarly investigation of orality into our understanding of the New Testament Gospels. In practice, it is all too easy to discuss two or more written texts we have available and the relationship between them and them alone, since in that case we are dealing with extant, tangible realities. But in actual fact, a serious treatment of the types of interconnectedness between these islands of literature cannot ignore the river of oral tradition that flowed into and around them. We do not have any way of studying the river itself, but the islands that have remained cannot be studied without taking seriously the effects the river has had on them.

Hopefully now that the book is so much more affordable, you’ll get hold of a copy and read what I had to say on this topic. Or just do what you could have done up until now and get it from a library.

One of the interesting things about blogging is that it sometimes makes it easier to trace the history and development of what eventually becomes a publication. It premiered at the Midwest Society of Biblical Literature conference in 2009 as a conference paper: 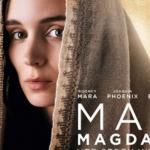 July 13, 2019
What Jesus Learned from Mary Magdalene
Next Post 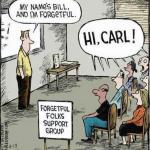 July 15, 2019 Cognitive Science, Memory, Oral Tradition, and Biblical Studies
Recent Comments
0 | Leave a Comment
"Moses was so humble that he wrote about himself that he was the humblest man ..."
James F. McGrath Tampering with the Words of the ..."
"I share your concern, very deeply. I take your point about blatant lies as compared ..."
Robert LIMB Christians and Internet Rumors
"Then let me be clearer. These sites have been infected with Trump hatred all through ..."
Bob Shiloh Christians and Internet Rumors
"He is a humble man. He is the transcriber. God's acts is a mystery to ..."
Herrnhut Tampering with the Words of the ..."
Browse Our Archives
get the latest from
Religion Prof: The Blog of James F. McGrath
Sign up for our newsletter
POPULAR AT PATHEOS Progressive Christian
1