When Jesus and Mythicists are Wrong August 26, 2019 James F. McGrath

Here’s what I wrote in a comment responding to some of the further discussion that has been taking place on the website of The Bible and Interpretation, which published an article by Raphael Lataster, my response to him, and his further response to me.

I think my biggest problem with the discussion from mythicist perspectives, here and elsewhere, is the inability or unwillingness to discuss at the level of very minute details and specifics. If one paints with a broad brush, saying that Christians are all incredibly biased and completely untrustworthy (whereas atheists supposedly have no ax to grind and are unbiased), it might just seem plausible to some who’ve had an experience of particular kinds of dogmatic Christian faith. If someone looks at the details and the history, then what one finds is that whenever atheists (scholars and laypeople) are citing classic scholarship about the Bible as part of their arguments against fundamentalist Christians, they are mostly citing Liberal Protestant scholars, who were of course the ones who pioneered the methods of historical criticism of the Bible in the mainstream academy. If one uses William Lane Craig as an example one gets one impression, and understandably so, given the fact that he isn’t even mainly New Testament, teaches at an Evangelical school, and so on. If one asks about Dale Allison, one is still dealing with a Christian, and this time a New Testament scholar, but in this case only the most dishonest individual – or someone who hasn’t read what Allison has published on the subject – could pretend that he is simply someone who follows his biases and imposes them on the evidence.

One of the things that makes mythicism seem particularly implausible to me is precisely the claim that Christians just think there was a historical Jesus because they are biased in favor of his existence. The historical Jesus, a figure who (among other things) was mistaken about the imminent arrival of the kingdom of God that he predicted, who fostered hopes that he would restore the dynasty of David to the throne but was executed by the Romans, is not much of a comfort to the majority of Christians. Mythicists imagine Christians saying “Well, he was mistaken and a first-century figure that we can scarcely relate to, but I take great comfort in the fact that he existed.” That just doesn’t strike me as plausible.

I sit on the board of the Journal for the Study of the Historical Jesus, and we have quite a diverse group of editors, Christians of every kind, some Jewish colleagues, agnostics, and even atheists. We disagree on just about everything there is to disagree on about the historical Jesus. But we all agree on at least two things. (1) Jesus existed as a historical person; and (2) People who say he didn’t are a curious albeit annoying phenomenon. Litwa’s contention that the Gospels are myths made to look historical will initially prompt gasps of excitement and anticipation by the on-line Jesus mythicist community (presumably in whatever basements in their parent’s house they are living in), and their gasps of joy which will be shattered on the rocks of realizing that Litwa himself is not a Jesus mythicist and believes in a historical Jesus since Litwa believes that the existence of Jesus “is the most plausible hypothesis to explain the gospels as literary products” (p. 33). To his credit, he overviews Bruno Baur, Richard Carrier, and Thomas Brodie as exponents of the mythicist view, but then states why it is ultimately unsatisfying and probably ideologically driven.

Posts of mine from the past that may be of interest as they relate to the focus of this post:

Was Jesus Wrong on Purpose?

See too some of my other articles related to mythicism in The Bible and Interpretation. And of course, here’s the blog post that started this recent thread:

Also related to the historical Jesus, and Jesus more generally…

Method on the Orient Express

The First Letters in Red

How important was class struggle in the early Jesus movement?

Was Christ Born in Bethlehem? by Sir William Ramsay

Are the Gospels Mythic Historiography? 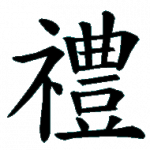 August 25, 2019
Teaching Confucius Again in an Era of Internet Trolling
Next Post 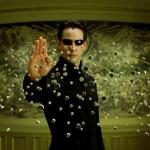