What Jesus Learned from a Woman Accused of Committing Adultery Alone

I have consistently been one of those who said that all questions are worth asking, and should be welcomed, when others have tried to ignore questions that were felt to be too awkward, and silence those who dared to ask them.

But I didn’t feel that was actually true in all instances. I thought some questions were simply unanswerable and that that meant that we weren’t meant to ask them.

One such question was the classic one about John 8: What did Jesus write on the ground?

Lately I have had a change of heart, and have begun to think that the Gospels were intended as memory aids for early Christian storytellers, who were supposed to expect questions and left loose ends and tantalizing puzzles in their stories precisely in order to elicit a response.

And so even if we cannot definitively answer the question “What did Jesus write in the dirt?” I think we are supposed to ask it, and to ask why he was writing in the dirt in the first place. It may be that the number of possible answers would not have been viewed as a problem in ancient times the way it is today, when people look for the definitive sole correct answer to any question. In some cases the loose ends may have been less of an invitation to an audience to ask for more details, a sort of test that they are paying attention, and more of an invitation to listeners to participate in the story: what do you think he was writing?

I am not sure that I have found “the” answer. But I have had many interesting thoughts and insights because I have allowed myself and even forced myself to ask the question. Once again, I won’t share those here but will keep you in suspense, because I presume that’s what authors are expected by publishers to do.

According to Lesley Hazleton, in her audiobook I had been listening to in the car (Lesley Hazleton, The First Muslim: The Story of Muhammad, p. 55), a version of the story “still current in today’s Middle East, had him physically protecting the woman by shielding her with his body and adding two crucial words: “Let he who is without sin cast the first stone at me.”” Had you come across that before? Can anyone recommend where to look to find this in Middle Eastern sources, whether ancient or modern?

I’ll also explore the possibility that the woman who is the center of this story may have been a young girl, betrothed to be married, who is a victim of rape/molestation and who, as a result, has become pregnant, leading to the scene that unfolds in John 8. Are those narrative/historical possibilities for understanding the story that you’ve heard mentioned before, or thought of yourself?

Also on this topic, there was a fair amount of attention to this story a while back, as a number of media outlets picked up on what ought to be common knowledge, namely that (as The Daily Beast put it) “One of Jesus’ Most Famous Lines Wasn’t in the Original Gospels.” See also:

Candida Moss on the absence of the story from our earliest manuscripts.

Finally, I also find myself able to ask in this chapter whether Jesus had experiences similar to other prophets before him, such as when Amos saw a basket of fruit and felt it was conveying a word from God to him.

There’s a particular connection to this post as well, but I won’t explain what it is either, as once again I’m not sure how to best tantalize and intrigue you without giving away things that will hopefully merit buying the book! 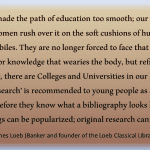 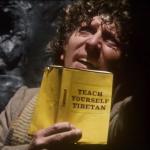 August 7, 2019 Doctor Who: The Creature from the Pit
Recent Comments
34 Comments | Leave a Comment
Browse Our Archives
get the latest from
Religion Prof: The Blog of James F. McGrath
Sign up for our newsletter
POPULAR AT PATHEOS Progressive Christian
1