Direct and Indirect Learning Through Games

Those who know me personally or through my blog know that I love language learning, as well as having a passion for gamification. You also know that I’m teaching a course that includes a unit on China this semester, and that I’ve been increasingly enjoying audiobooks. And so you won’t be surprised to learn that, putting all of the above together, I looked to see what language-learning resources my public library has for those who want to learn Mandarin. One that I came across was called Dr. Blair’s Mandarin Chinese in No Time. I hadn’t heard of it before, and so I confess there was a bit of a lag between when I first checked it out and when I started listening.

When I pressed play, I was confronted not with the stereotypical language course beginning, but with a story. I was in a boat off the coast of China, asleep, when I was awoken by what sounded like gunshots.

My initial reaction at this point was that perhaps the Libby app had given me the wrong book. But I kept listening and the story continued:

I contacted the U. S. consulate and learned that pirates had seized some sort of national treasure and taken hostages. I happened to be the closest American citizen to what was transpiring, and so the U.S. official on the phone said they would need me to negotiate with the pirates. I don’t know Chinese, but they assure me that won’t be a problem. If I follow their method, I can learn enough to negotiate with the hostage-takers.

I was wowed. I’ve found some really great language-learning resources in the past that had gamified elements in them. But this one was essentially an immersive role-playing experience.

How had I not heard of Dr. Blair’s method before? Had you?

While it would be easy for someone who wasn’t already motivated to learn Mandarin Chinese to dismiss this as a gimmick, for anyone with a genuine desire to learn, this narrative-immersive approach seems like it would have the potential to sustain that enthusiasm and engagement in ways that facilitate learning.

Of related interest, a recent “People’s History of Board Games” highlighted that “many games through history have been about making the world a better place, from critiquing capitalism to fighting for women’s rights.”

Values at Play has lots of things related to games and learning (a colleague drew this to my attention). I blogged recently about a connection between the class I am currently teaching and the motivation for gamifying:

And here’s a call for papers that is connected with this theme: 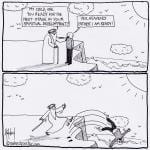 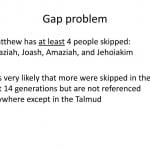 September 16, 2019 Genealogies and the Age of the Earth
Recent Comments
2 Comments | Leave a Comment
Browse Our Archives
get the latest from
Religion Prof: The Blog of James F. McGrath
Sign up for our newsletter
POPULAR AT PATHEOS Progressive Christian
1