Genealogies and the Age of the Earth

Genealogies and the Age of the Earth September 16, 2019 James F. McGrath

Bruce Gerencser shared something that a proponent of young-earth creationism recently said. Bodie Hodge of Answers in Genesis claims:

Where Did a Young-earth Worldview Come From?

Simply put, it came from the Bible. Of course, the Bible doesn’t say explicitly anywhere, “The earth is 6,000 years old.” Good thing it doesn’t; otherwise it would be out of date the following year. But we wouldn’t expect an all-knowing God to make that kind of a mistake.

God gave us something better. In essence, He gave us a “birth certificate.” For example, using a personal birth certificate, a person can calculate how old he is at any point. It is similar with the earth. Genesis 1 says that the earth was created on the first day of creation (Genesis 1:1–5). From there, we can begin to calculate the age of the earth.

Let’s do a rough calculation to show how this works. The age of the earth can be estimated by taking the first five days of creation (from earth’s creation to Adam), then following the genealogies from Adam to Abraham in Genesis 5 and 11, then adding in the time from Abraham to today.

I think the most effective way to combat this sort of thinking is to show how it is problematic from the perspective of what is in the Bible itself. Just count the generations in Matthew’s genealogy of Jesus (seriously, take the time to do this) and see if there are in fact three groups of 14. There aren’t. Then take a look to see whether Matthew had to leave anything out of his source material in Chronicles to get those that do add up to 14 to fit his framework. The point isn’t that Matthew couldn’t count. His action is deliberate. He wants three groups of 14 because that is the numerical value of David’s name. And he wants David’s name to be 14th in the genealogy. The point is that numbers do not mean for Matthew what they mean for modern people concerned with mathematical precision rather than symbolism. Among those who are the worst offenders in imposing an alien modern framework on the Bible are…young-earth creationists.

What’s the Deal with Matthew’s Genealogy?

The plain sense of the Bible

Sooner or Later, You Have to Choose between the Bible and Inerrancy 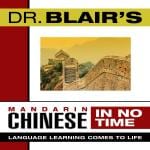 September 15, 2019
Direct and Indirect Learning Through Games
Next Post 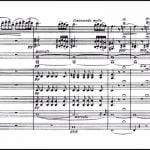 September 17, 2019 Belshazzar and Other Scripture in Song
Recent Comments
7 Comments | Leave a Comment
Browse Our Archives
get the latest from
Religion Prof: The Blog of James F. McGrath
Sign up for our newsletter
POPULAR AT PATHEOS Progressive Christian
1