I wonder how many scholars, including everyone from feminists to old-fashioned male chauvinist defenders of patriarchy, aren’t even aware of the scarcely-acknowledged contributions women in general and wives in particular have made to some of the best-known works in their fields.

A recent blog post by Carol Christ offers one example. She writes:

I found Rebekah Miles’ article “Was Ursula Niebuhr Reinhold’s Coauthor?” Miles suggests that after Reinhold’s stroke in 1952, it is probable that Ursula played a large role in the production of his later works. Ursula’s daughter agrees–with the caveat that her  mother played a major role in all of her father’s books. Ursula’s contribution was acknowledged by Reinhold in his 1965 book, Man’s Nature and His Communities…

Definitely read the rest of the blog post, as well as the article it mentions.

As I continue working (even now as the academic year begins!) on my book on what Jesus learned from women, I couldn’t help but notice the resonance between the that project and this blog post. Women who wanted to be rabbis in the past married one. Women who wanted to become authors pretended to be men or became the muse of a man.

Where might we detect that unacknowledged contribution in the Gospels? Do we ever find New Testament authors, and/or Jesus himself, recognizing this patriarchal social reality, and do they ever address it? 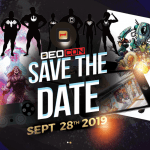 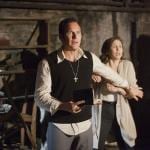