A Case from the Border

If the Holy Family were to seek refuge in the U.S. today as they did all those centuries ago in Egypt, a report much like this might be generated:

“This family of asylum-seekers is questionable at best.  The head of household, Joseph, says that Herod, the corrupt dictator of the country from which they have fled, is seeking to kill their son.  There is no apparent basis for this highly improbable allegation other than a couple of dreams this man relates in which he is purportedly warned by an angel.

“In addition, there is some abnormality in the relationship between this man and the child.  This family comes from a culture where sexual relations outside of wedlock are punishable by stoning, and yet the child was obviously conceived before the couple was married.  When questioned as to whether the child is his son, Joseph hesitates.

“The mother, Mary, is young and abnormally self-assured.  She appears to suffer from the delusion that she and her child will be protected by supernatural forces.  Is this a postpartum psychosis or a psychological issue of longer duration?

“The family claims that they would be residing in the U.S. only temporarily, hoping to return to their country when Herod is no longer in power.

“At the very least asylum should be denied Joseph, since he likely has no biological relationship with the purportedly threatened child.  The mother, Mary, is not a reliable source of information. We have to ask: how likely is it that her child is perceived as a threat by such a powerful man as is Herod?  Perhaps Herod’s recent Purge of Innocents has sparked this woman’s fantasy.

“My recommendation is to deny asylum to this entire family.”

As someone who works mostly in the realm of history, there is an instinct to say that the flight to Egypt is only recorded in Matthew, and is introduced to make comparison and contrast between Jesus and Moses, and so is at best of questionable historicity. But the point of biblical texts is not always history, and the point of reading doesn’t have to be exclusively that either. Asking about immigration, refugees, and hospitality in stories that are part of one’s sacred heritage is also important. Doing so in this case may force people to think differently.

I’ve seen some (including Kermit the Frog drinking tea in one meme) respond to this by saying that Judaea and Egypt were both part of the Roman Empire during this period, and so the flight to Egypt wasn’t like fleeing from Guatemala to the United States. This intersects with a discrepancy between Matthew and Luke, but sticking once again to the narrative level in Matthew, the events occur while Herod the Great is still king, and so prior to the transfer to direct Roman rule.

What happens when you try to read the Bible in relation to contemporary events and concerns, and you’re familiar with historical issues related to the stories in question? Do you agree that it is crucial to get comfortable reading texts in different ways and from different approaches, precisely because doing so makes us uncomfortable? 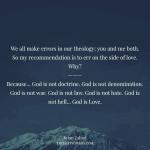 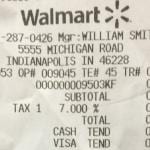 October 14, 2019 Taxing Water
Recent Comments
3 Comments | Leave a Comment
Browse Our Archives
get the latest from
Religion Prof: The Blog of James F. McGrath
Sign up for our newsletter
POPULAR AT PATHEOS Progressive Christian
1